When the construction work is completed at the intersection at Caines and Nash streets, there will be a standard T-intersection. The curve and the bump-out which partially blocked one of the lanes just before the entrance to the Mullis Center is being removed.

During construction, drivers are advised to drive down Mullis Street to Market Street then Nash Street to access the Mullis Center. 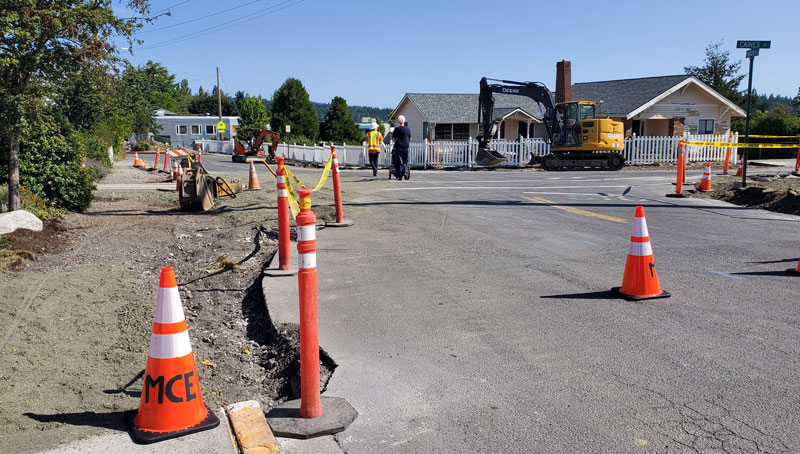 As part of the project, Nash Street will be repaved. The project is expected to be completed by the end of August.

Opening up Nash Street through to Spruce Street is not part of this project but is on the Town's Six-Year Transportation plan.