Judges at the 2016 Friday Harbor 4th of July parade were tasked with selecting eight prize-winners from the more than five-dozen entries. Islanders Bank won for the float with the Best Use of Theme.  Building Blocks Preschool with its little soldiers won for Best Use of Theme for the non-float division.  The Seattle Seahawk mascot Blitz and the Blue Thunder Drumline won the prize for Best Off-Island entry.  All of the eight winners are posted below. 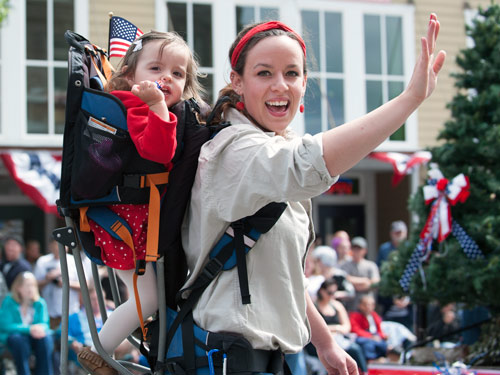 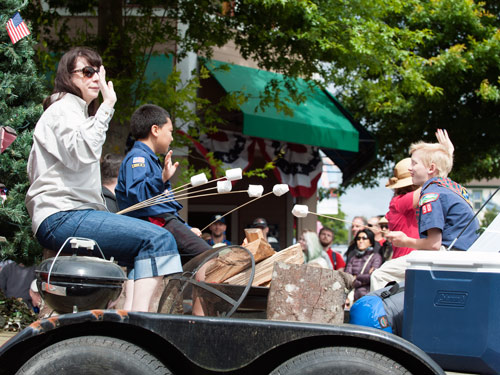 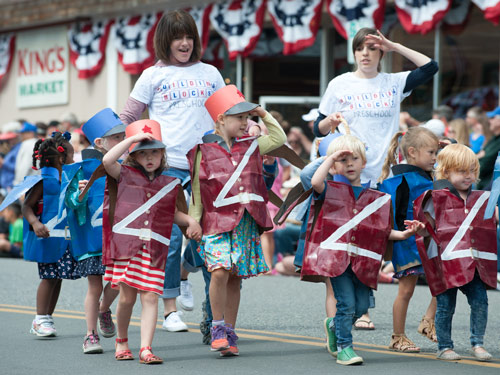 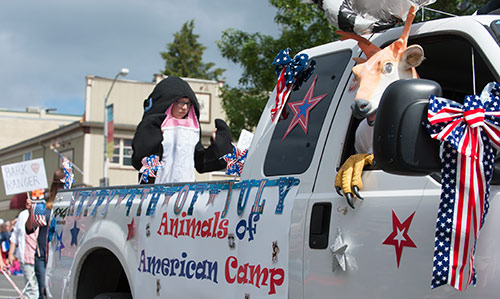 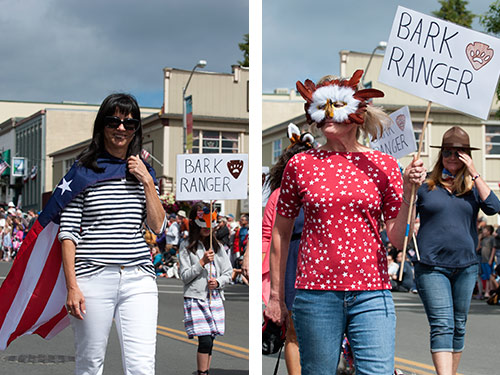 Best Use of Theme, Children/Youth, Julie and Gianni, “Animals of American Camp” $300 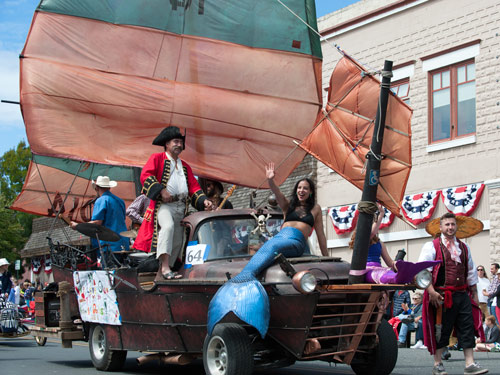 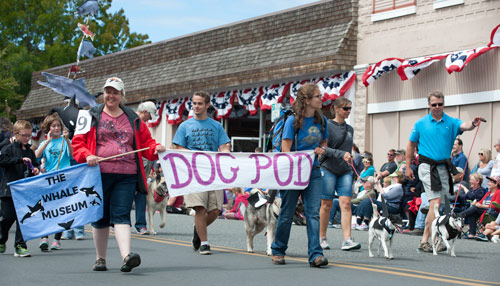 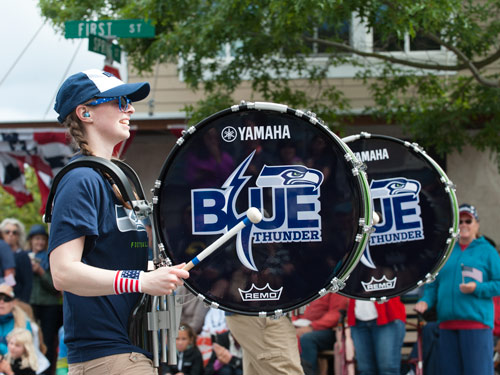 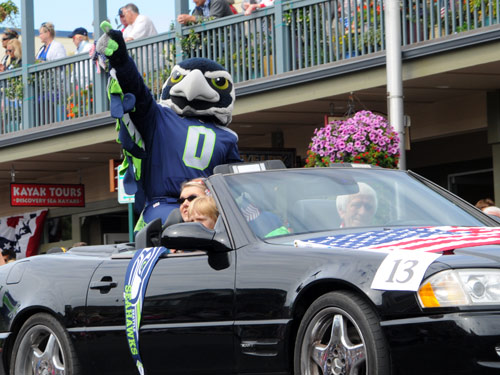 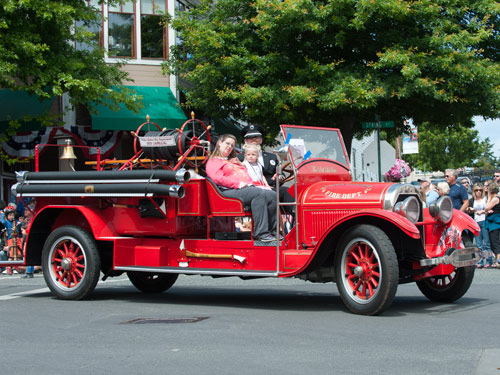