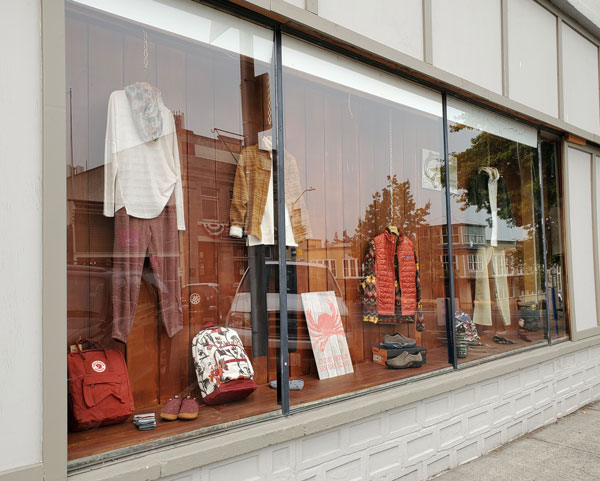 The window in front of King's was repaired by early afternoon.

According to Reimer, the Sheriff's Office has information on possible suspects and "great video."

The window broken at King's was a display window showing items from King's Marine which sells sportswear and marine supplies. The display items were taken apparently by the vandals.

At the mall, one of the windows at the empty unit that formerly housed the store selling jerky was broken. Both windows were repaired by the afternoon.

In addition to the property damage, several cars were prowled.

If you have any information on the perpetrators or if you had items stolen from your car or had property vandalized please call the Sheriff's business number at 360.378.4151.