Catch up with the latest interior restoration during an American Camp Officers’ Quarters Open House, scheduled noon to 4 p.m., Saturday, May 30, 2015 on the American Camp Parade Ground.

Maintenance worker, David Harsh, who doubles as the park’s historic buildings restoration specialist, has spent the winter months applying finishes to the interior rooms of the Officers’ Quarters’—officially known as Historic Structure 11 (HS-11). The building was erected at Fort Bellingham in 1856 and transported to San Juan Island during the Pig War crisis of 1859 by the post commander, Capt. George E. Pickett. 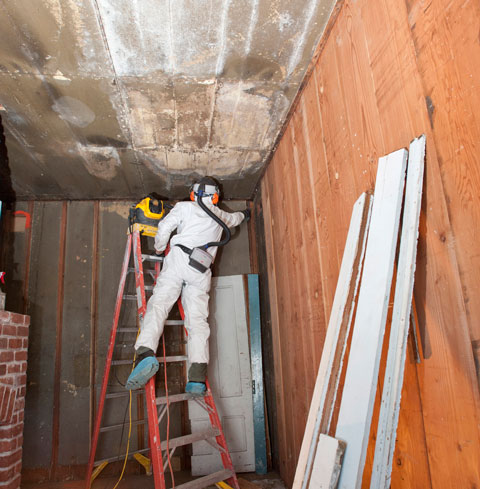 It is largely acknowledged as the oldest house on the island and one of two surviving remnents of Fort Bellingham, which was located three miles north of that city at the mouth of the Nooksack River.

The other is the Officers' Quarters (HS-10) moved to American Camp from Friday Harbor in 2010. Pickett abandoned Fort Bellingham for good in April 1860 and the army harvested additional buildings from the post for use on San Juan Island in 1867.

Unlike most of the buildings that were auctioned off and moved elsewhere on the island when American Camp (then known as Camp San Juan Island) was closed in 1874, HS-11 remained as a living quarters for former Hudson’s Bay Company agent Robert Firth. 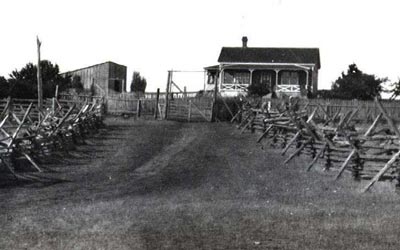 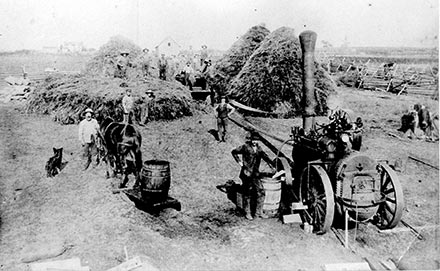 The Firths and the families that followed remodeled the building in such a way that many of the house’s original features remained under layers of additional rooms, wallpapers and wall board. 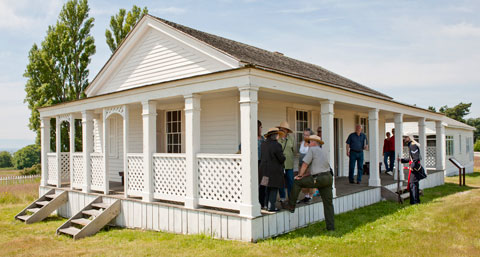 When the park was created in 1966, National Park Service historic building specialists discovered these features, stripped away the additions and completely restored the building exterior, which involved reorienting the front and adding a veranda to three sides of the building.

The interior additions also were removed, but restoration did not commence until the summer of 2014. Harsh has painstakingly restored the board and batten walls and added walls in some areas and demolished them in others while creating hearths around the replica Rumsford fireplaces.

More in this category: « Two eaglets born at American Camp Traffic light will be installed on Cattle Point Road next week »