Celebrate the 225th Anniversary of the 1792 Vancouver Expedition in Puget Sound in June 2017.  Join San Juan Island National Historical Park in commemorating Captain George Vancouver's famous expedition with a rare parade of sail through Admiralty Inlet. Bring binoculars, telescopes and/or cameras to South Beach to catch a distant glimpse of the ships from about 2 to 4 p.m on Tuesday, June 13. 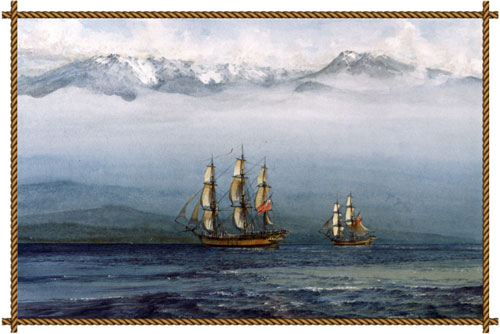 Later in the month, the state's official tall ship, Lady Washington, and her companion ship Hawaiian Chieftain will be in Friday Harbor. They will be part of the Port of Friday Harbor's First Annual Pirate Festival, June 23, 24, and  25.