It's time to celebrate Lime Kiln Point Lighthouse's centennial. The iconic fixture on the west side of on San Juan Island went into service on June 30, 1919. 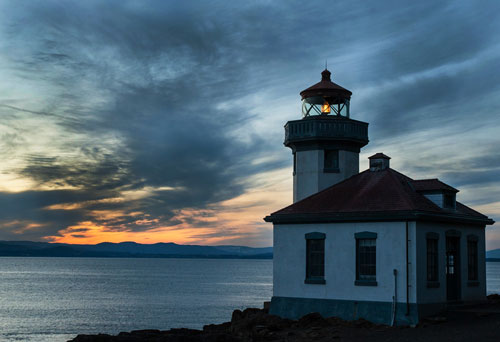 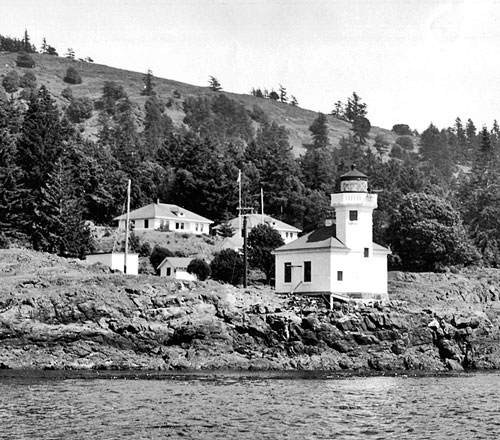 According to the Friends of Lime Kiln Society (FOLKS) it was the last major lighthouse built in the state and the last one connected to electricity. Until 1951 it was operated with an incandescent oil-vapor lamp. That lamp was replaced by a lens that used an electric light bulb. The lighthouse was fully automated by 1962.

The Lighthouse flashes every 10 seconds and is visible for more than 15 miles at sea.

According to Lighthousefriends.com website: "The Bonneville Power Administration laid a submarine power cable from Anacortes to the San Juan Islands in 1951, and power lines were then run to Lime Kiln Lighthouse. The Fresnel lens was eventually replaced by a non-rotating, 375-mm drum lens with an electric light bulb, and two electric foghorns were installed."

The foghorns were removed several years ago after a family moved to the island and  complained to the U.S. Coast Guard about the sound.

Events at the Centennial Celebration on June 30, 2019 include:

Admission is free, however a Discover pass is required for parking at Lime Kiln State Park. A shuttle is available for $5 round-trip from Friday Harbor High School parking lot.

"Arvel Settles transferred to Lime Kiln Point from Grays Harbor Lighthouse in 1935 with his wife Helga and their five children. The Settles were assigned to Point Arguello, California in 1920, and after four years there and a year or two at Point Arena Lighthouse and Desdemona Sands Lighthouse, they ended up at Grays Harbor in 1927. While there, their son Charles developed asthma, prompting the district lighthouse inspector to send them inland to Lime Kiln where the air would be drier. Though Helga had to do her wash on a scrub board, she loved life at Lime Kiln and had a fine vegetable garden and impressive roses. The one hardship was having to always maintain a clean house, as she never knew when the inspector would arrive. The children rode the bus to Friday Harbor to attend school, and their father would pay them ten cents to wind up the weights that revolved the lens in the lantern room."