Park staff say there isn't anything Meredith doesn't know about the British Royal Marines. The Royal Marines declared him (along with his long-time colleague Fred Henley) an honorary member of their corps in 1998. 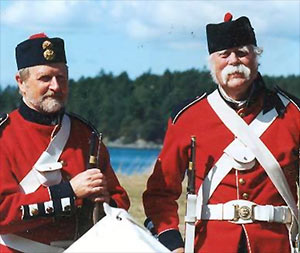 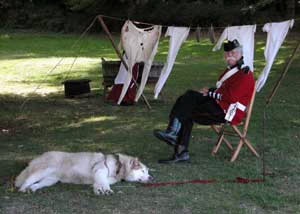 Meredith at the 2004 Encampment at English Camp. 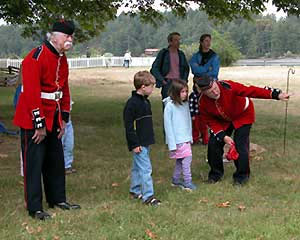 Meredith and Henley providing instructions for
Soldier Games participants at the 2003 Encampment at English Camp. 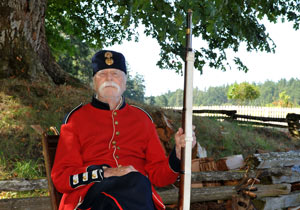 More in this category: « Record year for SJI National Historical Park $800K worth of improvements for English and American Camps in 2014 »