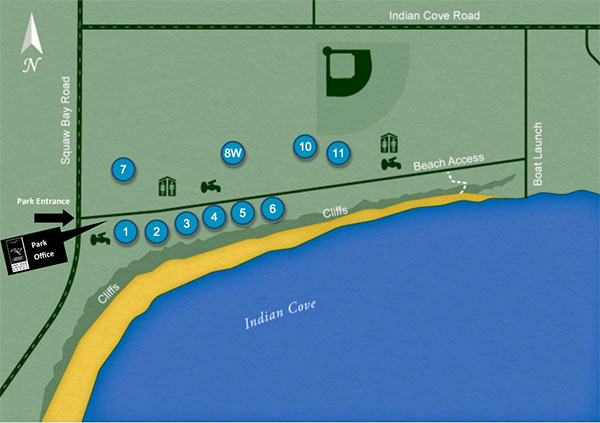 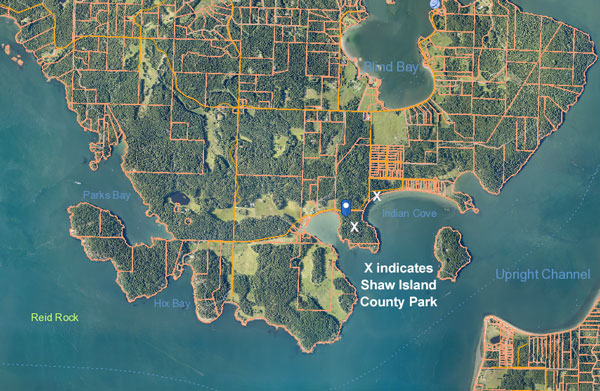 Shaw Island County Park, the approximately 53-acre park located about two miles from the ferry landing, has 11 wooded campsites next to Indian Cove. The campsites are the only overnight accommodations on the island since vacation rentals and other commercial facilities are not allowed under the county regulations for Shaw Island.  Camping may end as the San Juan County Council is considering changing the park to day-use only.

According to the Council, the park operates $50,000 in the red each year.

Chloe Mason, whose family owns the General Store, grew up on the island and says the loss of camping "would permanently alter the framework of the community." Campers include families who travel to the island every year, others who celebrate their anniversaries there year after year, the kids who grew up on the island have fond memories of sleeping on the beach. There are groups who annually make the trip, such as the rowing club that holds the Row Around Shaw event. Camp Orkila campers have camped at the park.

As an example of how popular the park is, when the Parks Department opens up the reservation system in January to county-residents only, 30 percent of the reservations made are for Shaw Island County Park.

Mason also notes that there would be a negative impact on farmers, artists and crafters if the park was closed to camping. As mentioned earlier, the campsites are the only lodging available. In addition to the positive benefits from having customers, others also appreciate the visitors who come from all over the globe. The neighboring property owners told a crowd that gathered to talk about the park last week, 24 hours after word got out about the potential closure, that they enjoy visiting with the campers.

No final decision regarding the camping has been made as of Monday, November 25, 2019. The Council will continue its budget discussions at its Tuesday, November 26 meeting. The budget is set to be adopted on December 9, 2019.