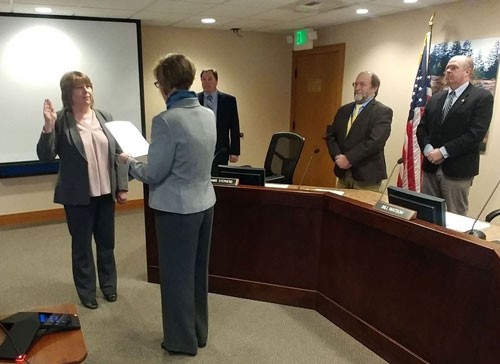 Lisa Henderson was appointed as San Juan County Clerk by the county Council at its regularly scheduled meeting on March 20, 2018. Henderson, who has served as the Chief Deputy Clerk since 2014, will immediately take on the full duties of the Office of County Clerk and serve for the remainder of the year.

In making the appointment, the Council praised Henderson’s effort to keep the office running smoothly over the past several months while elected County Clerk Joan White was ill. White died on March 10, 2018.

More in this category: « March 11: Fundraiser for Bill and Rita Ament Stanford is SJ EMS EMT of the month »