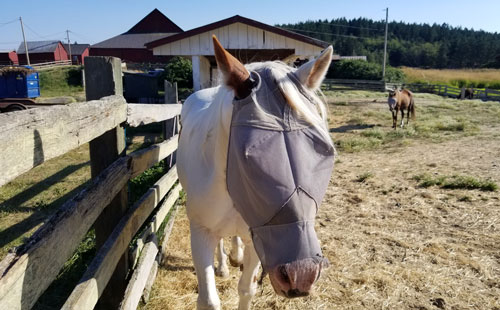 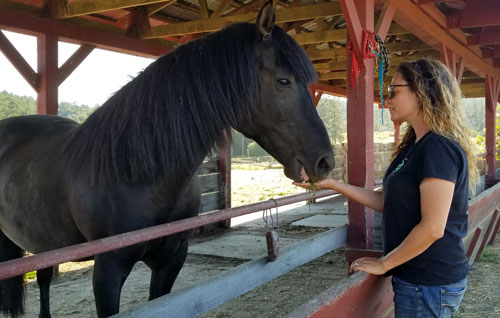 Duke give 25-year-old Smoky some grass. He was a wild mustang captured on BLM land. He ended up at the sanctuary after he started having heart problems as a result of being bitten by a rattlesnake when he was in Montana. All photos by Sharon Kivisto

She found the trio on a farm near Zylstra Lake on San Juan Island. One horse had lived there for more than two decades after the owner purchased 500 acres through an auction ad in the Wall Street Journal back in the 1980s. Two other horses ended up at the farm keeping the original horse company.

When Duke saw the horses, she thought, "They have to stay here."  The owner allowed her to keep the horses there and she continued to take care of the horses and kept adding other animals when the property was purchased by the San Juan Preservation Trust. SJPT was partnering with San Juan County Land Bank to preserve Zylstra Lake and the surrounding area.

The conservation groups planned to sell off a 30-acre piece that included the farm buildings and a house. More and more animals were brought to the sanctuary while the planning by the Land Bank and SJPT proceeded.

Island Haven had obtained a 501(c)3 non-profit status and was founded in 2015. One of the sanctuary's volunteer's sister and brother-in-law were interested in investing in property on the island. They were contacted and submitted a proposal to SJPT to purchase the 30 acres with the caveat that the Animal Sanctuary could stay. Their offer was accepted, and the animals now had a permanent home.

"We are so grateful for them hosting us," said Duke.

The couple call the farm October Farm LLC and rent the house out as a farm-stay for a week or weekend.

Volunteers are welcome. Some sign up for regular shifts, others for one-off events or activities. If you are interested in signing up, visit Island Haven Animal Sanctuary's website at islandhaven.org. 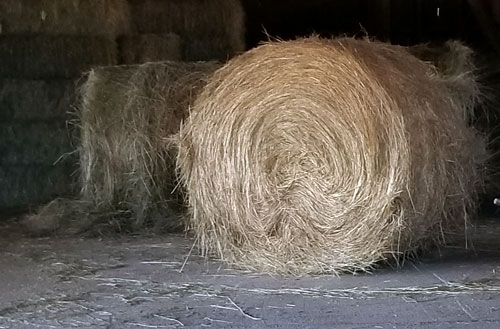 The sanctuary is dependent on donations to meet its expenses. Hay is in short supply due to a less than great crop this year on the island. Donations of cash, hay, and produce are gladly accepted.

Duke says the sanctuary is open to what the islands' need. The animals end up at Island Haven for a variety of reasons. One thoroughbred yearling, Vern,  came from Lopez Island after its owner was unable to sell it at a yearling auction because it was injured. Funds to take it to a specialized veterinarian were raised through a  Go-Fund-Me account and the horse is now doing well. Other horses needed a home because they could no longer be ridden. And two have Cushing's disease.

The pigs, Missy and Fred, ended up at Island Haven after they were no longer of any use in producing piglets. Their future as some rather tough bacon was averted when they were offered a home at Island Haven. The two pigs are quite the couple. If Missy sleeps in, Fred will gather a bouquet of weeds to give to her.

The duck arrived after a fox killed the rest of the flock.

The sanctuary tries to help folks rehome animals since it is limited in how many it can care for at its facility. For animals that can't be rehomed and end up at the sanctuary, it is a plus that their former owners can visit them.

If you are looking for a peaceful, fulfilling place to volunteer, check out IslandHaven.org, you won't regret it. 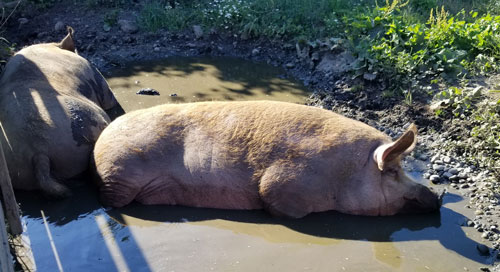 After their soak in the mud, Fred and Missy enjoyed the apples that were donated last week. 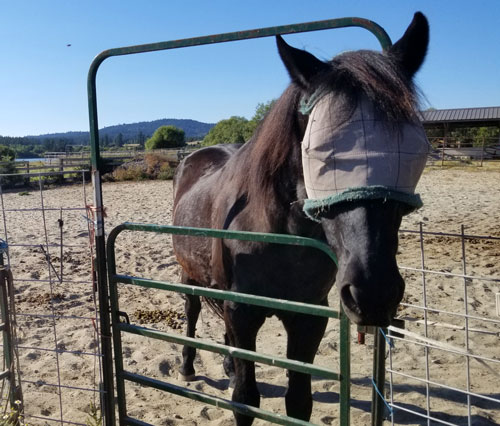 Max, a Morgan horse who has Cushing's disease, is in a sandy corral because it is easier on his hoofs. He shares it with another horse who also has Cushing's. The sand was donated by a generous volunteer. 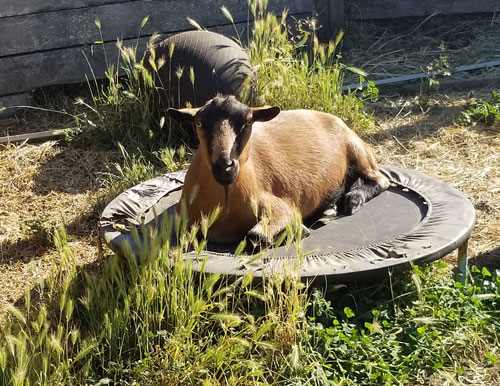 The two goats found a new home, after their owner was no longer able to take care of them. 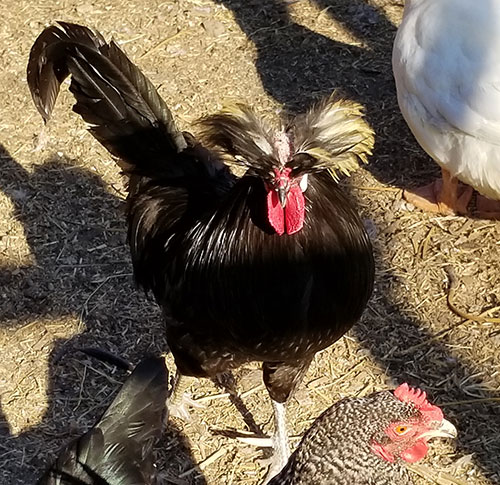 The Polish Rooster has a little too much help from the hens with his hairdo. 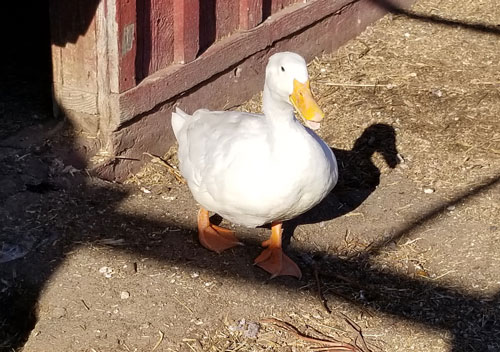 The duck shares the chicken coop with turkeys, hens and roosters. 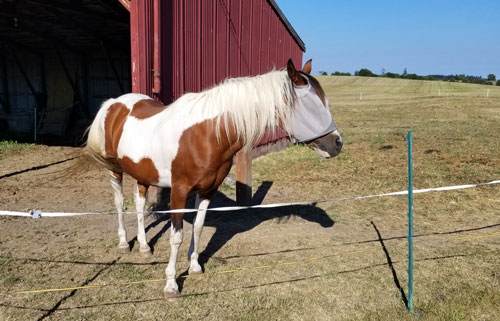 Dreamer pauses by the barn before returning to the large pasture. 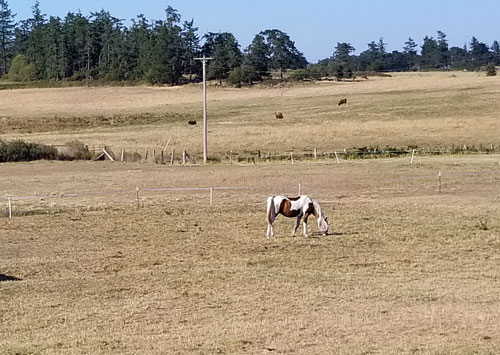