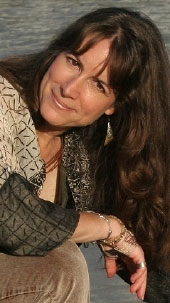 This year Friday Harbor Film Festival's  Local Hero Award will be presented to San Juan Island composer and photographer Alex Shapiro for her outstanding contributions to our quality of life through the arts. The Local Hero award and the Audience Choice Awards will be presented at 7 pm Sunday, October 28 at San Juan Community Theatre in Friday Harbor. The event presentation is open to everyone and is free.

Every year, the Local Hero Award is presented to a present or former resident of the San Juan Islands who has made outstanding contributions to our quality of life, impacting people, animals, the arts, health, or the environment.

Shapiro states that she “aligns note after note with the hope that at least a few of them will actually sound good next to each other. Her persistence at this activity, as well as non-fiction music writing, public speaking, arts advocacy volunteerism, wildlife photography, and the shameless instigation of insufferable puns on Facebook, has led to a happy life.” She has increased the happiness of islanders and countless people across the world.

Composer Alex Shapiro (b. New York City, 1962) aligns note after note with the hope that at least a few of them will actually sound good next to each other. Her persistence at this activity, as well as non-fiction music writing, public speaking, arts advocacy volunteerism, wildlife photography, and the shameless instigation of insufferable puns on Facebook, has led to a happy life.

Drawing from a broad musical palette that giddily ignores genre, Alex’s acoustic and electroacoustic works for small chamber groups and large ensembles are published by Activist Music LLC, performed and broadcast daily, and can be found on nearly thirty commercial releases from record labels around the world. Shapiro is known for her seamless melding of live and recorded sounds that often include striking visual and physical elements, and for her innovative uses of technology in her works.

Past attendees of the Friday Harbor Film Festival have seen Alex in two documentaries, both directed by Michael Stillwater: 2016’s “In Search of the Great Song,” which also included her music, and 2012’s “Shining Night,” a moving portrait of San Juan Island composer Morten Lauridsen, and the winner of the FHFF Best Documentary, Audience Choice Award.

Ms. Shapiro is the Symphonic & Concert writer member on the Board of Directors of ASCAP, and its representative to The International Council of Music Authors (CIAM). She also serves on the boards of The Aaron Copland Fund for Music, The ASCAP Foundation, and The Friday Harbor Laboratories. Alex is a former board member of organizations ranging from The MacDowell Colony and The Society of Composers & Lyricists, to the ACLU of Southern California, of which she was Vice-president in the 1990s.

Educated at The Juilliard School and Manhattan School of Music, Shapiro moved from Manhattan to Los Angeles in 1983, composing for film and TV for 15 years before switching her focus to the concert music world. In 2007 Alex traded the traffic of Malibu for the puddle jumpers of San Juan Island. From her home on the water’s edge, Alex procrastinates on her next piece by photographing anything with paws, are increasingly part of Shapiro’s multimedia works and her website, where just as on her blog, www.notesfromthekelp.com, and Facebook page, www.facebook.com/AlexShapiro, Alex’s music and pictures can be experienced separately, and together.