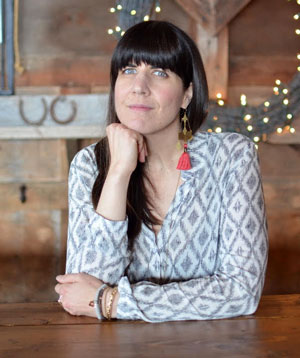 PRESS RELEASE: Following a nationwide search for a transformative leader, Jennifer Barcelos has joined our team as Director of Law and Policy. In her new role, Jennifer will be responsible for protecting the islands and waters of the Salish Sea to ensure they remain healthy for future generations.

Barcelos is an attorney, a changemaker, and an entrepreneur. She became a devoted environmental advocate in 3rd grade (after winning her local science fair for an exhibit on the effects of the Exxon Valdez oil spill on seabirds). Barcelos graduated Phi Beta Kappa from U.C. Berkeley, she received a master’s degree in Environmental Science from Yale, and served as a Gates Public Service Law Scholar at the University of Washington School of Law. Upon graduation, Barcelos taught for two years at UW Law School, co-founded the climate justice nonprofit, Three Degrees Warmer, and built a successful women-led tech startup in the wellness industry.

Barcelos is the author and editor of multiple papers and publications, including the textbook “Climate Change: A Reader” published in 2011 by Carolina Academic Press. Jennifer has conducted field work around the world, from Cambodia to Kashmir (where she received a grant to study the environmental and public health impacts of the military standoff between India and Pakistan). Drawn to politics early, Barcelos worked as a staff member to former Vice President Al Gore and served in environmental leadership roles for two presidential campaigns.

“Jennifer has extensive background in capacity-building, education, climate change, and leadership. She is a strategic thinker and we look forward to working alongside her to protect the San Juans Islands and Salish Sea,” said Friends of the San Juans’ Board President Janet Alderton.

Barcelos brings an international perspective to Friends of the San Juans at a time of incredible challenge for our communities and natural environment. “Jennifer’s strategic vision and dedication to community-based problem solving will help steward our conservation efforts during this critical time as we work towards raising awareness about key issues affecting our islands and the Salish Sea—such as human impacts on Southern Resident orca, marine biodiversity, ocean pollution, and a rapidly changing climate. Her extensive background in conservation and personal commitment to sustainability align with our mission,” stated Friends of the San Juans’ Executive Director Stephanie Buffum.

At its roots, Friends of the San Juans stems from a rich 40-year history of engaging people in the wonder and awe of the San Juan Islands. Barcelos will work closely with the Board and staff, advancing our role in connecting more people to island and ocean issues. She resides with her family on Orcas Island.