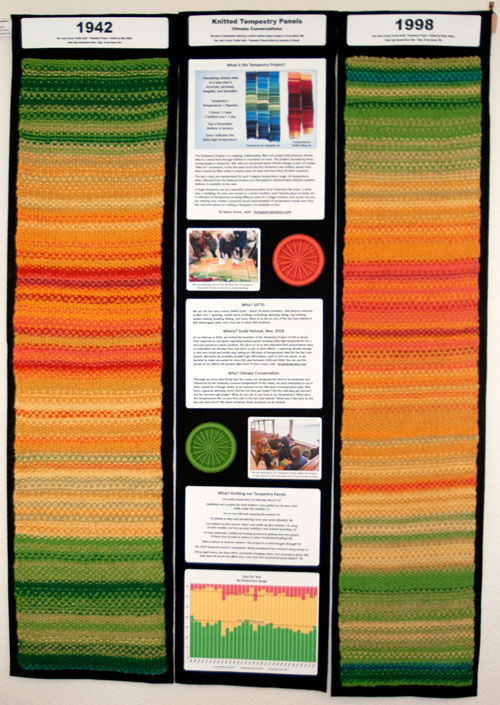 San Juan County Textile Guild has created a piece of data art showing how temperatures have changed in Olga over the past 100 years. The creation is part of The Tempestry Project and will be on display in La Conner in May. 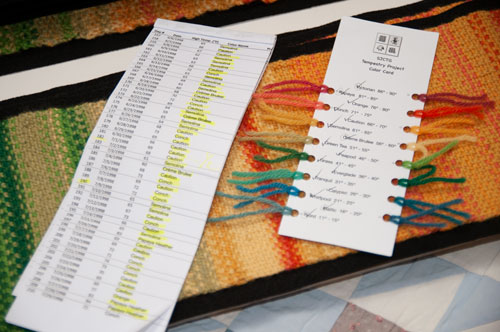 According to its website: The Tempestry Project is an ongoing, collaborative, fiber arts project that presents climate data in a visual form through knitted or crocheted art work. This project was founded by three young people in Anacortes who are concerned about climate change. In the few years since the first Tempestry was knitted, panels have been created by fiber artists in nearly every US state and more than 20 other countries. The yarn colors are standardized for each 5-degree temperature range. US temperature data, collected from the National Oceanic and Atmospheric Administration (NOAA) weather stations, is available on the web. 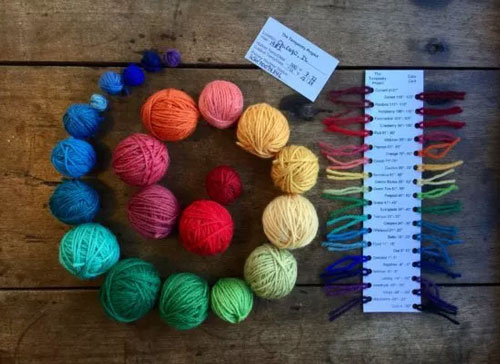 Each row represents one day.  The temperatures are shown in 5-degree increments. Yarn colors correlate to the high temperature reached that day.

SJCTG members were excited about the project after hearing about it at a guild retreat. They realized, however, that creating 100 panels - representing every year of the 100 years - would be unrealistic so they decided to do a panel for every fourth year between 1918 and 2018. Jason Munkres  collated the data for the group using the temperature data collected by the Willis family on Orcas Island. (Read about the Willis family here.) 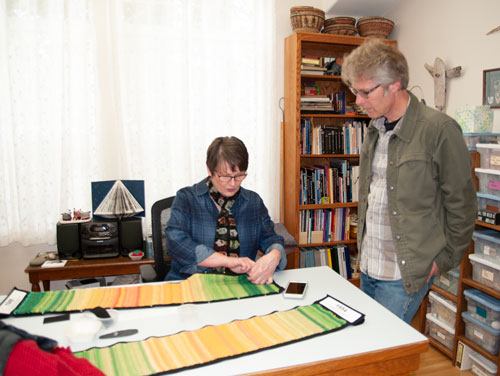 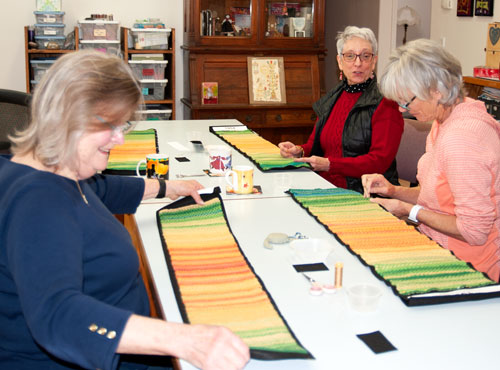 Recently, guild members gathered at Robin Atkins home on San Juan Island to finish up the panels. Due to variations in size, the panels were blocked to make the lengths equal. One task requiring a great deal of patience was weaving in the ends. Each panel was attached to a piece of black fabric. 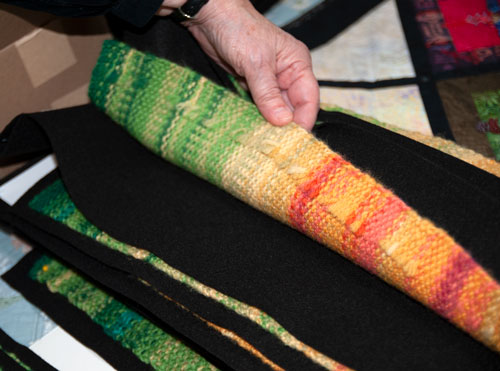 What did the group hope to find out by doing the project? They said, although we know that living near the ocean, our temperatures tend to be moderate and influenced by the relatively constant temperature of the water, we were interested to see if there would be a change visible as we scanned across 100 years of temperature data. Was there a general warming trend? Did the hot days get hotter? Did the cold days get warmer? Did the summers get longer? We asked ourselves these questions as we knitted. 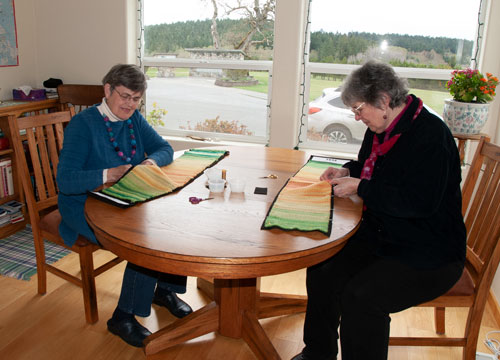 Mary Miller and Robin Atkins sew panels on to backing.

The guild's finished tempestry will be displayed at the Pacific Northwest Quilt & Fiber Arts Museum in La Conner from May 8 to July 28, 2019.  At the same time, the "Work of Our Hands" exhibit will be on the third floor and will feature other items created by the guild members.