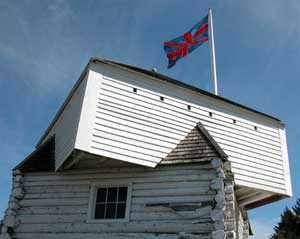 May is National History Preservation Month and a variety of events will take place in Friday Harbor.

May 5,  6 and 11, 12: Walk to Salmon Bank from 12 noon to 3 p.m. at American Camp at San Juan Island National Historical Park. Come join rangers and volunteers from the San Juan Island National Historical Park at the Banks as they bring to life this unique piece of history in the Pacific Northwest. The Salmon Bank is an underwater shelf extending off the southern part of San Juan Island into the Strait of Juan de Fuca. When salmon migrate from the sea into the island channels, the shelf forces them up toward the surface, making them easier to catch. Humans have been fishing for salmon on this stretch of water for thousands of years beginning with the Coastal Salish people who first inhabited the area.

Monday, May 6: Marjorie Walker: Artist, Bohemian, Islander Marjorie Walker was born to a wealthy New York family, attended the prestigious Art Students League in New York, and traveled the world before finding her way to San Juan Island in 1949 to become the island’s first professionally trained artist. This talk will cover her fascinating life before and after she discovered the island. This event takes place at 7 p.m. in San Juan Island Library on Guard Street in Friday Harbor.

May 18: Lime Kiln Lighthouse Lime Kiln Lighthouse was the last major lighthouse built in Washington State, and it’s celebrating its centennial in 2019. Tour this iconic San Juan structure on Thursdays and Saturdays through the summer from 7:00 p.m. until sunset with volunteers from Friends of Lime Kiln Society.

May 25: Post-War Architecture: Considering the Ubiquitous with Fresh Eyes Join Town of Friday Harbor’s historic preservationist Sandy Strehlou for a walkabout to see examples of residential architecture from the Post-WWII era. Learn about this ubiquitous era of architecture and how it illustrates the significant social, economic and aesthetic changes that resulted after the troops came home. Meet  on the deck of Tucker & Harrison House B&B at Nichols & C Streets at 1 p.m.

San Juan Island Historical Park has American Camp at the south end of the island and English Camp at the north.

Take a self-guided tour of Friday Harbor which has more than 150 historic sites within its walkable one-mile radius. Twenty-six of these are described in the Historic Friday Harbor on Foot Tour.

Don’t forget to check out the Veterans Museum at the American Legion on First Street in Friday Harbor, showcasing a unique collection of military memorabilia, weapons, uniforms and other artifacts from San Juan Islands' veterans.

Visit the San Juan Islands Museum of Art on Spring Street in Friday Harbor for the "My War: Wartime Photographs by Vietnam Veterans" exhibit and an accompanying exhibit of items from local Vietnam veterans.