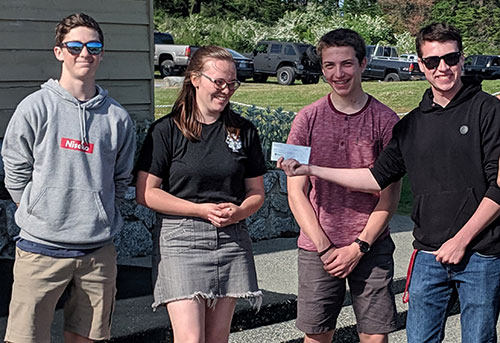 Leo Club President Julian Brown presents some of Mr. Sawyer’s students with a $400 check to fund a Museum of Flight field trip for the History & Aerospace class

The weather cooperated in a day spent playing golf and culminated in a BBQ dinner, sponsored and staffed by the San Juan Island Lions Club. Next year’s LEO Club officers were installed and outgoing officers were honored. As well, the LEO Club gave end-of-the-year gifts to deserving non-profits, community projects, and fulfilled a classroom funding request. 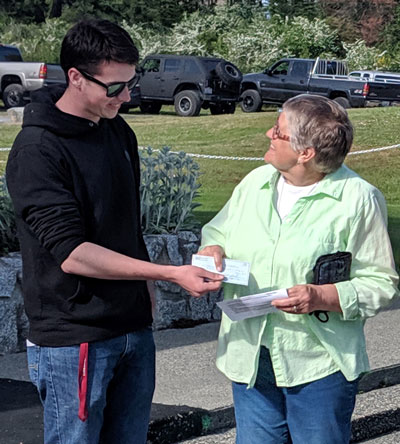 This past year, LEO Club gave $400 to the Friday Harbor High School Aerospace Team for 2018 travel expenses, $500 to Island Stage Left for their summer Shakespeare production, four 100-foot hoses to Island Haven Sanctuary to replace hoses that froze in last year’s winter blast, $400 to Mr. Sawyer’s History & Aerospace class to fund a field trip to the Museum of Flight, and another $600 to fund the Aerospace Team for their 2019 travel to the July competition in Florida. 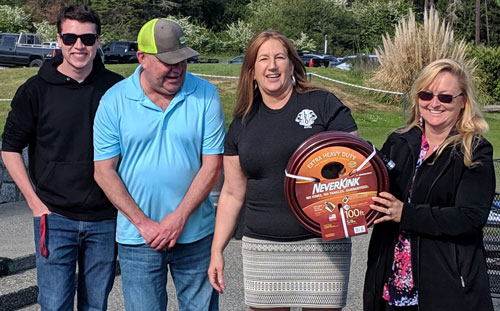 Since 2007, the LEO Club has been giving back to the community with numerous volunteer hours and through funding community requests. The student-lead club is always looking for new members, grades 9-12.