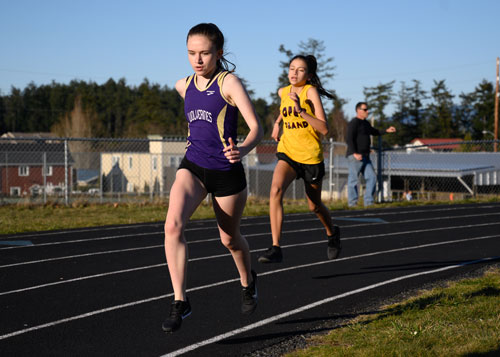 Emily Vogel completed her prep track season at the state meet late last month. Instead of hanging up her spikes, the Friday Harbor High School sophomore is training twice as hard for the Down Under World Track Meet on Australia’s Gold Coast July 12-14.

“I’m very excited,” Vogel said. “I’ve always wanted to go to Australia and running has been my passion.”

Vogel, who competed against the top runners in Class 2B at the state meet, will be running against some of the best high school athletes from countries across the globe at the 19th International Games. “I’m nervous but I think it will be a good experience,” Vogel said. 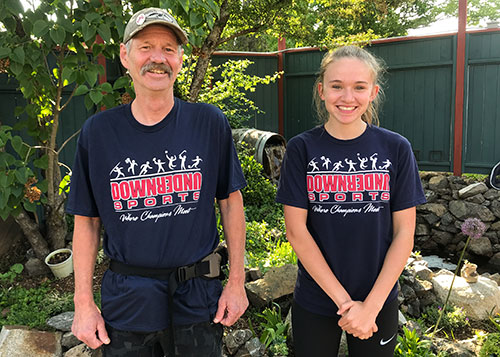 “It’s like the Olympics but only for high-schoolers,” said Friday Harbor assistant track coach Jim “Lumpy” Sane. “This is an unbelievable experience. It’s an experience of a lifetime.”

Vogel specializes in the 800- and 1600-meter runs. In Australia she will also be competing in the grueling 3000-meter run and the 4 x 400 and 4 x 800 relays. She ran about five miles a day during the past track season and is increasing her workout to 10 miles a day to build up her stamina. Her endurance will be tested on June 16 when she runs the 10-kilometer race during the King’s San Juan Island Marathon.

Islanders have been raising funds to help Vogel pay for traveling expenses — Mike Sharadin of Mike’s Cafe and Wine Bar hosted a fundraiser dinner last month — but more donations would be appreciated.

Checks should be made to Shannon Plummer and dropped off at the American Legion Club, 110 First St., Friday Harbor.