With a growing humanitarian disaster taking shape in Afghanistan in the wake of the Taliban’s return to power, James Longley’s timely exhibition at the San Juan Islands Museum of Art (SJIMA) focusses on everyday life in Kabul’s old city. On display at SJIMA until September 12, the exhibition’s photographs combine vast panoramic images with portraits and documentary films to create a breathtaking look into an unseen world of winding streets along ancient hillsides, childhood games, shop keepers, courtyards, madrasas and markets - all steeped in the atmosphere and culture of this ancient and troubled city. 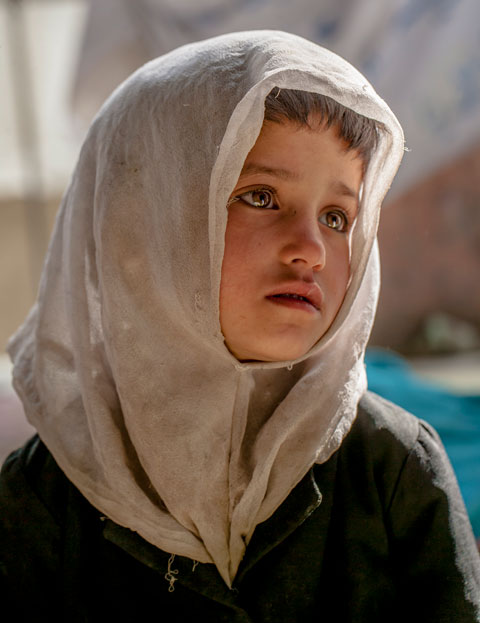 Afghanistan, one of the poorest and most poorly understood countries in the world, has been a center of revolution, foreign occupation and civil war for over forty years. Despite decades of involvement in Afghanistan, the human struggles of Afghans have remained on the periphery of our vision.

In this exhibition, Longley has turned his focus to one war-torn neighborhood, Jada-e-Maiwand, in the heart of Kabul. Longley's photographs give us glimpses of hope in his illuminating photographs. 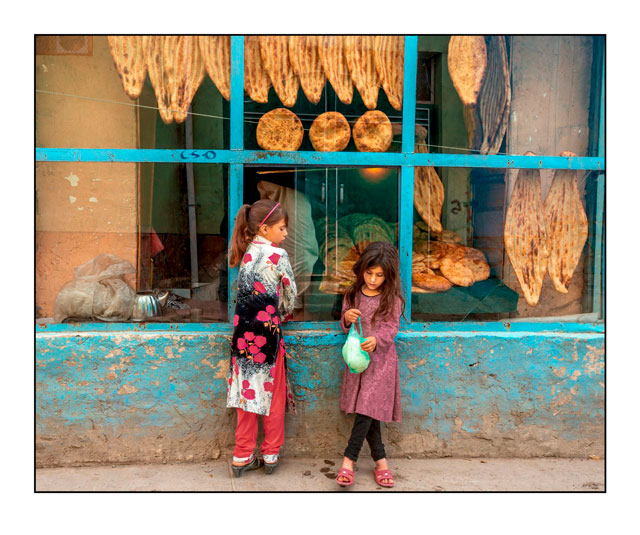 His documentary film Angels Are Made of Light offers a visually stunning look at the country. He begins with a school in Kabul, and rather than on-screen interviews, Longley lets three brothers, Sohrab, Rostam and Yaldash, speak, as well as their teachers. A larger picture of contemporary Afghan life spirals out from there, with the introduction of historical footage of 20th-century life in the country.

In his own words, “I wanted to have a film which felt like it was made from an Afghan point of view, expressing something real about how Afghans see the world…That’s a perspective we don’t normally hear in this country.”

Gaza Strip (2002) and Iraq in Fragments (2006) are among Longley’s feature films. Iraq in Fragments and Sari’s Mother (2006) were both nominated for Academy Awards for Best Documentary Features. Longley has been awarded, among others, three jury awards in 2006 at the Sundance Film Festival and he has been a producer, director, cinematographer and composer for 20 years. In 2009, the prestigious MacArthur “Genius Grant” was conferred upon him.

Describing Longley’s work, Kenneth Turan of the LA Times says: “.. almost never is it [documentary work] done with the kind of beauty and grace filmmaker James Longley brings to his Afghanistan-set ANGELS ARE MADE OF LIGHT.”

This film was honored at the Friday Harbor Film Festival last fall with its top Best Film Award. Residents celebrated for our “hometown boy” as Longley graduated from Friday Harbor High School.

Longley provides an opportunity to see a world through his eyes. “The most defining attribute of art is its ability to unite people across the spectrum of humanity. Above all, art is significant in that it serves to fulfill our sense of beauty and wonder about the world and provides an outlet for creative expression...”

The SJIMA plans to have Longley discuss his work and films on Orcas and San Juan Island this summer. Consult www.sjima.org for detailed information.

The LOOKING INTO KABUL exhibit is showing until September 12 along with LATTICE II, an atrium installation by Henry Jackson-Spieker.

Hours are Thursday- Monday 11-5 and extra summer hours Thursday-Saturday 7-9 pm. Admission is $10 with members and those 18 and under admitted free of charge. Mondays are Pay As You Can Days.