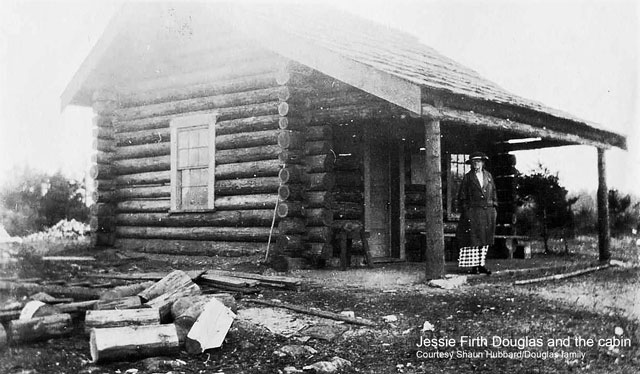 In the early 1920s, when the San Juan County Fairgrounds were being developed, it was proposed that a log cabin be built to commemorate the role of early Euro-American families in the settlement of the islands.

The call went out for individuals and families to contribute a peeled log to the project and response was enthusiastic. Logs were contributed for early settlers who were no longer living including Edward Warbass, Charles McKay and Stephen Boyce. A plaque was placed in the cabin listing those who were being memorialized. The 59 names on the plaque represented a broad swath of settler families: Boyce, Chevalier, Douglas, Guard, Jensen, King, Madden, Lawson, Rosler, Sandwith, and many others. The cabin was completed in time for the opening of the fair and dedicated on October 9, 1924. 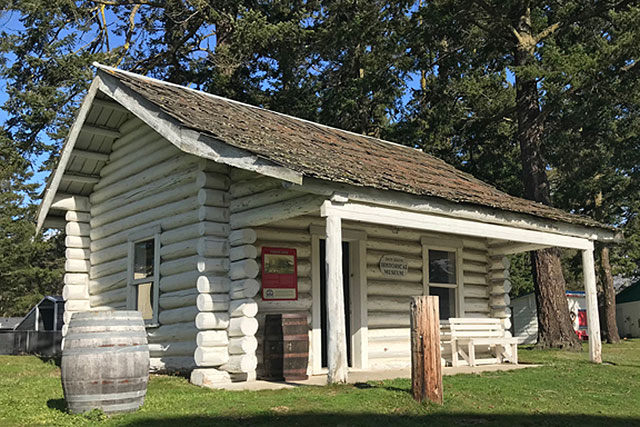 Over the years, the cabin has been used for exhibits and a variety of activities. Today, the cabin needs major restoration, beginning with the replacement of the roof. Our initial fundraising goal is $5,000 for roof replacement. This is part of a multiphase rehabilitation project intended to be completed in time for its centennial year. The San Juan Historical Society is dedicated to assuring that the cabin will continue as a historic venue where island residents and visitors can explore San Juan County lore and enjoy a variety of exhibits and activities, for decades to come.

To be eligible for matching funds, donations to the San Juan Historical Society must be made during the 2022 County Fair, August 17 - 20. Donors can contribute online at www.sjicf.org/fair, in person at the Community Foundation fair booth, or by mailing a check payable to SJICF, dated between August 17 -20 with San Juan Historical Society in the memo line, to P.O. Box 1352, Friday Harbor, WA 98250.

Please join us in our efforts to restore the cabin and please visit us in the cabin during the fair to learn more about the project. Thank you!

More in this category: « Quack Quack the Fair is Back County Fair Giving Campaign brings islanders together in support of 30 community projects »