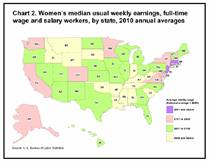 Arkansas was the lowest at $640 per week. The District of Columbia is first with a weekly median income of $1,103.

Median weekly earnings of women in full-time wage and salary positions in 2010 follow the same pattern as the men. The District of Columbia is first with $995 and Arkansas comes in last with $530. States with the highest wages for women were located along the Northeastern coastline - Connecticut ($835 median wage), Massachusetts ($832), New Jersey ($824).

Minnesota was sixth with $749 as a median weekly income and Washington was the seventh highest with $748.

These figures and other data were released December 28, 2011 by the U.S Department of Labor Bureau of Labor Statistic. 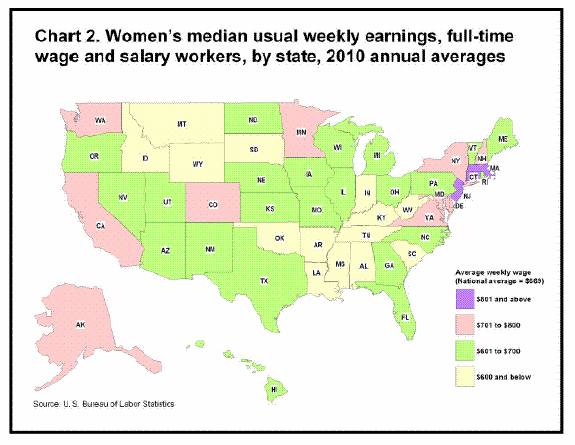