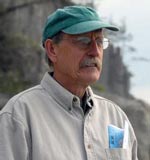 Veteran photojournalist Harry Sircely passed away peacefully at home on July 16. He was 69.

Harry struggled with lung cancer for a number of years, always finding a way to stay strong and enjoy life. He beat the doctor’s projections by a mile, riding his motorcycle, traveling extensively and enjoying the simple life in and around Orcas Island.

He regarded photography as serious work, never as a hobby. Trained as a combat cameraman in the Vietnam War era, he began his career in Korea and then at White Sands Missile Range. For more than 34 years, he was staff and chief photographer for the Bucks County Courier Times, a newspaper in suburban Philadelphia, earning numerous national, state and regional awards. His photographs have been published by Associated Press, United Press International, Reuters, the German magazine Stern, Paris Match and many other news and feature publications.

By the time he started shooting for the Courier Times, he had cultivated a creative eye and style that was instantly recognizable in newsprint, often winning national, state and regional awards. When the morning paper flopped down on the kitchen table, we rarely had to look at the byline to know whether he’d taken the image above the fold — when it was his photo, something about how the lines or angles fit together, or the nuance of motion or composition identified it unmistakably as his work.

His passion for justice carried through everything he did. He always worked to do right, regardless of the acknowledged or enforced norm. Disregarding ‘No Trespassing’ signs when necessary, eluding police lines with small talk, climbing a crane or the mast of a tall ship, leaning out the open door of a banking helicopter to get the perfect shot — he was never afraid to do what was necessary to tell a true, heartfelt story with his images.

Above all, he was a critical thinker and a lover of freedom and discovery, always seeking new ideas and finding inspiration in nature large and small, or something as simple as casting a line on an empty beach or cruising a lonely country road.

Growing up, Harry experienced a great deal of adversity and turned it around by being the best father anyone could be, encouraging his sons to maximize their education and inspiring them to follow their dreams. A constant source of positive reinforcement, he attracted their friends and cousins to his side. Many adopted him as a surrogate father, which he was honored to accept.

Son of the late Frank and Jeannetta R. Sircely of White Valley, PA, and brother of the late Frank L. Sircely, he is survived by his devoted wife of 38 years, Mary Ann of Eastsound, WA, and sons Matthew of Port Townsend, WA, Jason of Fort Collins, CO, and Erik of Deer Harbor, WA, his sister Genevie Bresnan, several nieces, nephews and cousins, and a large extended family.

Harry was determined to pass this world on in good order to future generations. He was highly concerned about climate change and he urged, educated and persuaded many to reduce their carbon footprint. Contributions may be made via www.harrysircely.com/in-memoriam.htm to The Nature Conservancy’s Carbon Offset Program. A celebration of his life will be scheduled in the coming weeks.