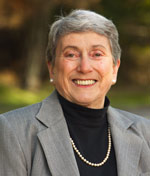 Glenna Hall  died Tuesday, July 5, 2016 at her home on San Juan Island from cancer. She moved to the island full-time in 2008 after retiring as a King County Superior Court Judge.

Hall was appointed to the Orcas Power and Light Cooperative Board of Directors in July 2013 and resigned in September 2015 due to illness.

An obituary will be posted when it becomes available.