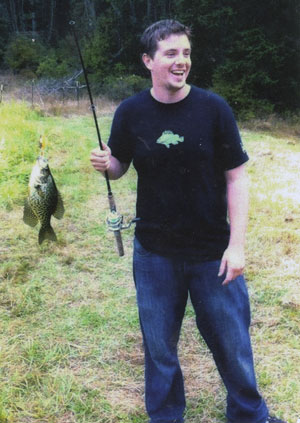 Benjamin Lewis White III passed away in Seattle, WA on March 8, 2017 with family by his side. He was born on October 14, 1989 in Virginia where he lived for a short time before moving to San Juan Island. Ben's life was marked by his amazing sense of humor, endless rants, and genuine love and care for all around him. Everyone adored Ben.

His father, Benjamin White II, was an environmental activist and took Ben and his sister on many of his various campaigns including the 1999 WTO protests. This allowed Ben to be well traveled at a young age and as his father’s activism evolved, so did Ben’s travels and rich life experience. His father passed away when Ben was 15, which always had impact on him and made him value all of his relationships just that much more. Ben always considered his friends to be family and all of his friends couldn’t help but feel the same way.

He spent most of his life on San Juan Island where he started his own boat cleaning service at 15, was the captain of the lacrosse team, a member of his class’s senior senate, and was a regular on the local Ski Bus. Ben absolutely loved the water—during the summer you could find him fishing, working behind the counter at Kings Marine, crabbing, and hopping on any boat that would have him. He was also an accomplished scuba diver at a young age, and being the entrepreneur he was, Ben would work as a commercial diver fixing people's boats whenever someone asked for him to do so. He attended Seattle University in 2008 and graduated in 2012 with a degree in Business Administration and International Business. After college Ben had several jobs doing sales which he always excelled in.

Ben is survived by His Mother Ann, Sister Julia, Grandma White, five Aunts and his Uncle. A fund has been set up at https://www.gofundme.com/BenWhiteMemorialFund to help his Mother and Sister and donations are greatly appreciated. A celebration of life will be held at Brickworks on March 18th at 12:30 P.M.