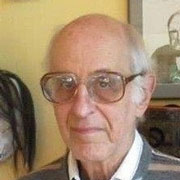 Orcas Island resident Ralph Kaplan passed away at Swedish First Hill Campus Hospital in Seattle, Washington, on the morning of November 17, 2018. The cause was complications from pancreatic cancer. Ralph was born in 1934 in New Britain, Connecticut, to George Gershan Kaplan and Eva Levin Kaplan. He was the younger of two children; his brother Philip passed away in 2016.

Ralph attended the Berkshire School in Massachusetts, where he played baseball and was valedictorian of his class. He went on to Harvard College, graduating in 1957 with a B.A. in English, then earned an M.S. from the Massachusetts Institute of Technology Sloan School of Management in 1959. After a stint at National Forge, Ralph worked at Doubleday Publishing in New York City, where he met Terrel Kimmel. Ralph and Terrel married in 1962 and remained together for 56 years, until death parted them.

In the late 1960s Ralph began a highly successful career in securities investment that continued through the end of his life. From 1968 to 1977 he worked as a Research Analyst at Oppenheimer & Co. in New York City. In 1977 he moved to Brean Murray & Co., also in New York City, where he served as Director of Research. In the early 1990s, Ralph liberated himself from the daily commute to Wall Street, taking advantage of computer technology to begin working largely from home.

During this period Ralph maintained his relationship with Brean Murray as an investment advisor, co-founded Fallen Angel Partners, AnKap Partners, LP, and Penbrook Management LLC, served as a broker for Beech Hill Securities, and continued to manage individual client accounts through his death. He and Terrel made the most of Ralph’s new mode of work by moving away from New York, relocating to the North Fork of Long Island, then to Sanibel, Florida, then back to the North Fork, and finally to Orcas Island.

Ralph was an avid collector of art, with a particular interest in the art of the native tribes of the Pacific Northwest. He enjoyed developing personal relationships with the artists whose works he purchased, and in many cases became not only an enthusiastic customer but also a lifelong friend. Many of the artworks that are now installed in public spaces to be enjoyed by Orcas Island natives and visitors alike were donated by Ralph.

Ralph has also been a generous financial donor to Orcas Island artistic, medical, and other community institutions. He was an avid chef and gourmet, maker and inventor of cocktails (including two that have been named for him at Orcas Island restaurants), reader, entertainer, raconteur, pickleballer, softball player, faithful fan of the Brooklyn Dodgers (who he never forgave for moving to Los Angeles), and lover of literature, poetry, film, and classical music.

He was profoundly concerned with mankind’s inability to grapple with the threat posed by weapons of mass destruction, and spent many hours studying the matter, consulting with politicians, professors, and others, and publishing editorials in the Boston Globe and New York Times on the subject. Above all else, Ralph was a family man, deeply devoted to his wife Terrel, his sons Philip and Daniel, his grandchildren Karla, Thomas, and Louisa, and his nephew Sascha, all of whom survive him. The burial will be private.

Thoughts and remembrances may be posted indefinitely at www.forevermissed.com/ralphk

In lieu of flowers, please consider making a donation to the: