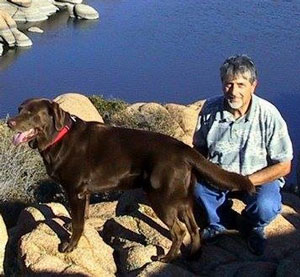 Born Jan 7, 1944 to Jane Antle and Joseph Picconi in Seattle, WA. Jack spent his youth in Fremont, where he was the third generation of his family to call the area home. His summers were spent salmon fishing in Alaska.

In 1980 Jack and wife Stephanie purchased a new 37” wood sloop and named it “By the Wind.” Jack loved sailing and in 1985 they sailed to Mexico for nine months with their five-year-old daughter, Cember.

In Spring of 1989 they moved to Friday Harbor to purchase and manage Lakedale Campground. The Picconis transformed the property into a year-round resort between the years of 1996 and 2001 by building the Lakedale Lodge, cabins, and main house. In 2005 the Picconis sold the Resort to enjoy a semi-retirement. They traveled up the inside passage to Alaska on their boat (Vagabondo del Mare) with their chocolate lab Koa. In spring 2010 Jack went to work as an Able Bodied Seaman on the Washington State Ferries until he retired in July 2017.

He loved the island, walks with his dog(s) (Toes, then Koa), the love of his life Stephanie, his children, and his five grandchildren.

Jack is survived by his wife of 46 years, Stephanie, his four children, Brett Engstrom, Lisa Taylor (husband Michael), Krista Thoreson (husband Ron), Cember Picconi Pinkerton (husband Ryan), grandchildren Colter, Skyler, Nolan, Cameron, and Vivianna. At his request, no service will be held, but his wish to have his ashes scattered in Haro Straight will be fulfilled by family and close friends.