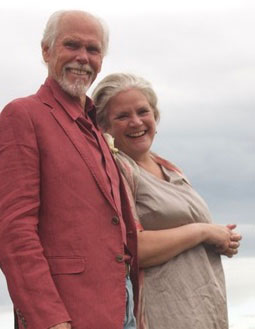 Joan Pedrick was an incredible force of compassion, loyalty and strength who lived her life based on an indelible commitment to justice.

Born and raised in Laramie, Wyoming, Joan attended Laramie High School, where she first fell in love with debate. She attended Bates College in Lewiston, Maine and received her Law Degree from Lewis and Clark Law School in Portland, Oregon. Joan earned her LLM in International Law in Edinburgh, Scotland. Joan's favorite memory of her legal education was the time spent in the International Human Rights Program in Nairobi, Kenya.

She served as a Judicial Law Clerk in Federal District Court in Portland; interned and was subsequently employed as an attorney at the Defender Association in Seattle, Washington. She was a Judge Pro Tem in Seattle Municipal Court, and also in San Juan County District and Superior Courts. She began her private law practice in Friday Harbor, Washington in 2001 and was a passionate and zealous advocate for her clients. Joan later served on the faculty of the University of Phoenix. In 2018, health issues precipitated her early retirement from the career she loved.

Joan is survived by her husband Ladd Lindholm of Orcas Island, and her father Reed Pedrick of Laramie, Wyoming. Joan is also survived by a far-flung tribe of friends from around the world who adored her beyond measure. Joan was preceded in death by all of her grandparents and her beloved brother Doug Pedrick.

Joan traveled extensively in Europe, Asia, Africa, and Mexico. She drove her motorcycle throughout the Western United States. She climbed Mt Kilimanjaro. She wrote her name on the Berlin Wall. She took cooking classes in Italy and Thailand.

Joan loved music, cooking and debating. She loved fine food, fine wine and good whiskey. She loved to sing and was an accomplished classical pianist. She loved her community, coaching the Orcas Island High School Debate Team and volunteering her legal services for Opal Community Land Trust. Joan loved brilliant conversations and laughing with her loved ones.

The happiest day of her life was the day she married her beloved Ladd, surrounded by family and friends. Joan and Ladd shared a love of adventure and traveled the world; she loved the life and the home she and Ladd built together.

On October 13th, Joan lost her brave battle with MDS. A world without Joan Pedrick leaves hundreds of us stunned and saddened. Joan wanted us to know that she felt so lucky to have lived the life she chose and to have been loved by so many. A la vida loca, Joan!

A celebration of Joan’s life is scheduled for Sunday, November 17th at 2:00 pm at the Oddfellows Hall on Orcas Island. Joan’s favorite foods provided; please bring your favorite bottle of wine or Scotch to share.

In lieu of flowers, donations to Joan’s beloved elephants in Thailand (www.saveelephant.org/donate/) in her name would be appreciated.