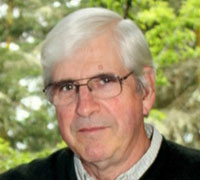 Roman was born in Dover, Delaware on September 3, 1949 to Adam and Anna Miller. He was the 7th child of 12 children, and is survived by his loving brothers John, Joe, William, Rudy, and Neil; his sisters Malinda, Lydia, and Martha; and many nieces and nephews. As a boy growing up on a farm in Virginia, Roman was accustomed to hard work. His love for land, and for working with his hands never left him. He also deeply loved the outdoors throughout his life, and enjoyed hunting, fishing, riding horses, and camping from a young age.

When he was 17 Roman heard the gospel for the first time and responded by giving his life to his newfound Lord and Savior. This passion for God and His Word soon superseded all others and marked his life from that day forward. He was ordained as a pastor at the young age of 22, and spent his life studying and growing personally in God’s Word as well as teaching, preaching, and counseling others in the ways of God. His long career as a pastor began in a small church in Missouri, and would lead him and Kay to Minnesota, Alberta, Montana, and finally to Shaw Island, Washington. Roman lived his faith with a rare humility and integrity that inspired all who came in contact with him. He protected the vulnerable, cheered the despairing, encouraged the fearful, served rich and poor alike, prayed for all who came to him, showed kindness to those who hurt him, and stood like a mountain of strength for his children. The source of his strength lay in the time he spent in prayer daily, contending with the forces of darkness for those he loved, listening to God, and meditating on Scripture. Though his formal education was limited, his passion for learning never waned, and throughout his life until days before his death he could be found happily reading one of the hundreds of books that always surrounded him.

Though Roman never became rich in the world’s estimation, his investments in the Kingdom of God cannot be measured. He often said, “It is better to err on the side of mercy” and lived this motto daily. Uncompromising in his own integrity, he was generous in grace toward the undeserving, at times to the frustration of those more practical souls who would have preferred that he protect his interests. He was a father figure to many, as he lived out the qualities of the Father he served, and always directed those who came to him to a personal relationship with God. Though he did not esteem himself highly, we who love him believe we have lost a great man. He cared little for the accolades of the world and lived for the glory of the One from whom he has now heard the words, “Well done, good and faithful servant.”