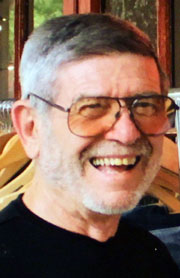 The friends and family of Philip Daniel are saddened by his departure in December from a world he explored so avidly. Born in the flatland of west Texas as the youngest of four sons in a Methodist preacher’s home, he never lost his accent or love of the American West. As an avid reader with a curious mind, he left the home life of a high school student and football player (west Texas on Friday night in a rural town) to study religion at a small college but ended up graduating from the Univ. of Texas with a major in philosophy.

Travel was a joy for Philip, so he hit the road after college to enjoy other cultures in Europe for months with a friend in the early 1960’s. Europe on $5/day. Afterwards, the call of the North led him to Alaska in the early 1960’s to seek a livelihood. He found it on the water on a supply boat to an offshore oil rig. But that was not Philip - he wanted to be his own captain. He bought an old gillnetter (the first of five fishing boats) and started salmon fishing in Alaska. Living a life of intense labor for a portion of the year with the thrill of an unknown reward amidst the dangers and summer beauty of Alaska suited him well, and his desire to be free to travel the world the rest of the year. Travel especially from the dark days of winter in Ninilchik, the fishing village on the Kenai Peninsula where he called home. He succeeded to gain a reputation as the captain of a commercial boat many times with the greatest catch of the day. His enjoyment of fine hats (a fedora, a Homburg or Beret) along with the best food on any boat in the fleet, distinquished his three plus decades of commercial fishing. A younger, one-time Bristol Bay gillnetter who knew Philip described him thus:

“Philip had an urbane, sophisticated flair that is as rare as they come - a true Texas Gentleman. If there was anything he loved as much as raw wilderness, it was the flowers of civilization: good company and laughter, discussions of form and philosophy and stories to be shared with friends over homecooked meals. He savored all life presented to him with a smile because he knew how beautiful and how fragile life and love is.”

But the unlimited nature of the fishery concerned Philip, so he traveled to Japan to study how another North Pacific culture preserved its salmon fishery and brought that experience back to Alaska. In Japan he learned about salmon enhancement using scientific techniques to protect and enlarge the wild salmon runs. As the first Executive Director of the United Fisherman of Alaska and later a lobbyist in Juneau, for over a decade he influenced the law and promoted the modern hatcheries that to this day help maintain the vitality of the wild Alaskan salmon fishery, especially on Bristol Bay, the most celebrated fishery in the USA. c In Juneau he met Kirsten Hess where they began a 35 year friendship, love and marriage together, living on SJ Island since 1991. Renowned for his cooking, especially of fish and for unrivaled paella, Philip entertained friends often to share tales of life and travels to over fifty countries. An avid backpacker and accomplished fly fisherman, he kept his fly fishing gear and waders always ready. Hunting and flyfishing in Alaska and the West while exploring the backcountry marked his love of the outdoors - he never stopped trying new gadgets to make his gear work better, weigh less or perform more efficiently.

His most memorable attribute was his loyalty to staying in touch with friends and family by a letter or phone call. Invariably, after a shared meal, a dining companion would the next day receive a ‘thank you’ from Philip for the time spent together. The gentleman with the Texas accent, an avid student of history and science, a storyteller of traveling tales from around the world and an expert fisherman by trade and hobby who will be mightily missed.

A memorial service will be held on Sunday, Feb. 2nd at 1:00 at the Grange Hall in Friday Harbor.