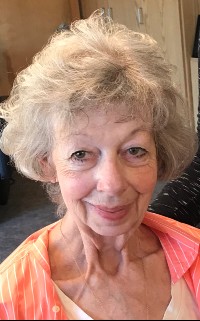 Linda Ann Brown, 73, a long-time resident of Friday Harbor, passed away on March 18, 2020, after a three year battle with colon cancer. Linda was fortunate that she was able to stay in the home she loved even through the years of struggling with cancer.

Born February 19, 1947 to Alathea Madge Roe and Fred Allen Talmadge in Casper, Wyoming. Her family moved to New Mexico where she would later meet her husband. Linda was married to Charles Henry Brown at the young age of 15. Thus, becoming part of the Brown family.

Linda and Charlie moved to Friday Harbor shortly after their marriage. After their move back to Charlie’s hometown, they were blessed with two sons. They were married for 55 years until Charles’ death in 2017.

Linda worked as the head bank teller at San Juan County Bank, when she moved off island she worked at a family restaurant as their baker. After moving back to the island she worked as a housekeeper and caretaker into her later years, which she enjoyed very much and often talked about her clients as if they were part of her family.

Linda was a quiet christian and a woman of great faith. She is now with her Lord Jesus Christ and her loved ones; presumably having a delightful tea party.

Linda enjoyed her home and it gave her great joy. She enjoyed reading a good book, painting, baking sweet treats, quilting with friends at quilting retreats or simply at home, gardening, and having tea parties (especially with her granddaughters).

At Linda’s request an intimate family tea party will be held in private at a later date. In lieu of flowers Linda would be happy to know that those thinking of her enjoy a cup of tea, a good book, and time in their flower gardens.