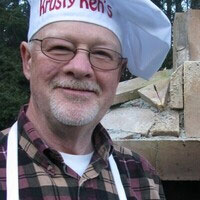 Kenneth (Ken) Doan passed away peacefully on Sunday, May 29th at his residence on Decatur Island at the age of 73.

The eldest of Jean and Samuel Doan’s five children, Ken was born on May 9, 1949, in North Battleford, Saskatchewan, Canada. He spent his childhood in North Battleford and his teenage years in Mervin, Saskatchewan where he met his first wife, Bonnie Cormack. They had 2 children, Darcie and Adam, before moving to Brandon, Manitoba where Ken was an independent businessman.

In the late 1980’s, Ken moved to California. While there, he met and married Monica Van der Leer. They moved to Everett, Washington where Ken enjoyed spending time at an acreage on Decatur Island.

Ken was fiercely proud of his children, sharing their exploits and accomplishments with friends and family. He travelled to see them where their careers took them; including to Hong Kong to visit Adam and to South Korea to visit Darcie.

Although living in the U.S., Ken made the effort to return to Canada for special events with his siblings. As well, he arranged family gatherings to Decatur Island and fishing trips to Alaska with Adam, his nephews, brother, brother-in-law, and friends. Lots of laughter erupted from the many stories he loved to tell.

Ken was eclectic in his hobbies and interests: setting and harvesting crab and shrimp pots, fishing for salmon and halibut in Alaska, building a pizza oven, visiting and collecting ‘valuables’ from second-hand stores, fixing boats, cars, and other vehicles, flying, restoring old wood, and much more.

To share memories of Ken, please sign the online guestbook and bookmark this link for return visits: www.evanschapel.com/obituary/kenneth-doan