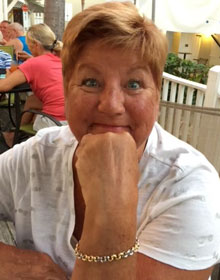 Natalie passed away at home with family present on October 21, 2022.

She had worked in banks prior to her marriage to Dick and stayed at home to raise their children until they were grown. They had lived in Camas, White Salmon, and Kennewick Washington prior to moving to Friday Harbor in December of 1980. She helped Dick start Islanders Bank in Friday Harbor and after it was up and running returned to raising the boys. After the boys left home, she returned to work at the bank, and her and Dick retired from the Bank in 2008 and moved to Ferndale WA to be close to their grandchildren.