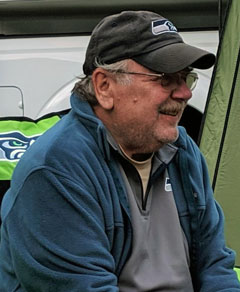 Randy Booze passed away on October 4, 2022 in Port Angeles, Washington at the age of 68. Randy was born in Portland, Oregon to Billy and Ruth Booze. The family moved to Friday Harbor in 1958 where Randy’s dad, Bill, flew for Island Sky Ferries.

While in Port Angeles he owned Peninsula Machine Shop for a few years. He later worked at Port Townsend Paper then High Energy Metals from where he retired in 2017.

Randy married Sandy Evanger and they had three children: Keith, Kevin and Kristin. They later divorced and he married Chris Williamson.

Randy enjoyed fishing, golf, camping and being at the beach. He and Chris were members of the Port Angeles Eagles Club.

Friends are welcome to join the family as we celebrate Randy’s life on Saturday, November 12th at 1:00 at the Port Angeles Eagles Club, 2843 E. Myrtle Street, Port Angeles, Washington.