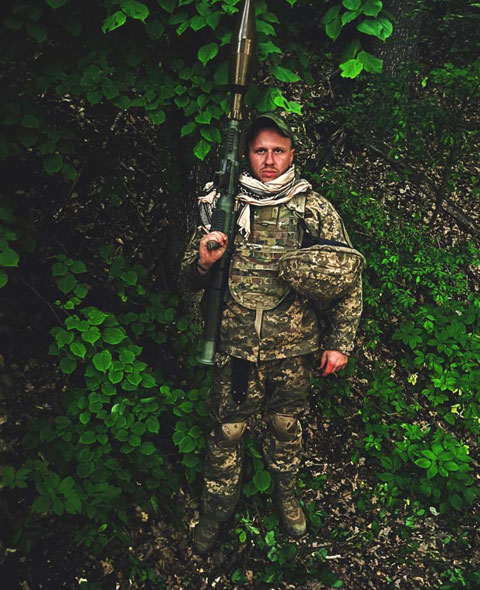 Skyler Gregg, 23, of Orcas Island was killed in Ukraine while fighting with the Ukraine International Legion. According to the Daily Mail article "Washington man, 23, who snuck out of father's house to fight in Ukraine war dies 'in artillery fire' as his father says he's a 'hero' and 'a big-hearted man" Gregg died in late October after soldiers from the International Legion came under artillery fire in northeastern Ukraine.

According to the article, in recent months, Ukrainian forces have carried out a counter-offensive in the northeast regions, liberating more than 300 settlements during a rapid push in September.

According to The Daily Beast, in his last messages to his father, Gregg shared photos with a woman from one of the liberated territories in northeastern Ukraine. Gregg had been proud to show his father how he helped the woman connect with her daughters through a Starlink internet connection after five months apart.

My precious brave nephew Skyler died doing what he was convicted to do. Help out his Ukrainian friends in the war with Russia. My last conversation with him was several months ago when he was in the hospital recovering from wounds he received when a bomb carrying drone came dangerously close. I had the opportunity to tell him how much I loved him and admired him for following his convictions. My heart is broken that I won’t get to see him again this side of heaven. Rest well Skyler.

Dear friends, family, and loved ones,

I’m posting today to share on behalf of Skyler and the Gregg family. On October 29, 2022, our beloved Skyler lost his life in action in Ukraine at age 23. Our hearts are broken, there are no adequate words to describe the loss of someone we love so dearly, so much sooner than should have been.

At this time we have very little information regarding the events surrounding Skyler’s death. We know that he was wounded several months ago, but had recently recovered enough to begin working to reunify families who had been separated due to warfare.

Then, three days ago, his life was taken as he fought for Ukraine. In the midst of our pain we have taken comfort in the fact that Skyler died doing what he believed in, in an effort to heal a portion of our broken world which he held dear to his heart. Skyler died so far from home to protect the home and lives of others, and our admiration and love for his brave and convicted spirit will carry us forward as we learn to live in a world without him.

As for me, as much as I will remember Skyler for these incredible attributes, to me he will always be five, dancing with a blanket on his head or a lemon in his mouth to make me laugh. He will always be thirteen, visiting me at school and making friends with everyone I was too afraid to approach on my own. He will always be sixteen, leading me through some unsuspecting person’s back yard on New Years to watch the lights glitter over Eastsound because he promised the view was worth the risk.

I will always be more adventurous, more courageous, and more joyful for having known him, and as much as I wish he could be here to remind me to be those things, I will carry them forward in his memory every day.

If you have a memory of Skyler, or comforting words to share as we bear the burden of this loss together, I know that Skyler’s family would love to read them in the comments on this post. Thank you so much for taking time to honor and reflect on his memory with us.  [Comments can be posted on the Facebook page.]