Did you know that many Friday Harbor High School graduates are leaving with extensive CAD experience? I’ll bet that you, like me, have no idea what this is.

CAD stands for Computer-Aided Design and it allows students to create the most remarkable items. They use incredibly complex computer programs to turn their imagination into real things.

Here, for example, is a 3D model of San Juan Island which was recently made by a student.

What is even more impressive is the students’ capacity to take their computer designs over to a machine which will then automatically make the part. This is called CAM, for Computer-Aided Manufacturing.

Our lucky students have some of the world’s most advanced software available to help them ‘draw’ their design. Then our lucky students have three advanced machines that can actually manufacture their idea. They have a laser cutter, a 3D printer, and a router. These are all called CNC machines, for Computer Numerical Controlled.

The story of how this all happened is very interesting.

Five years ago Larry Wight, the Director of programs like this, was invited to share a table in the overflowing Rocky Bay Café. The friendly invite came from Jeff Carnevali, President and CEO of RAM Mounts in Seattle and a part time resident of San Juan Island.

Larry really couldn’t believe this was happening; he’d just met Jeff and they’d talked less than 15 minutes. Larry, of course, thanked Jeff profusely and by the next day was wondering if this was a dream.

It wasn’t. Three weeks later Larry found a large Dell Computer box addressed to FHHS. Included in the package was CAD design software. It was all from Jeff and launched our CAD Program. We will forever be indebted to Jeff for his brave investment to start our CAD program based on a short conversation with a stranger.

Larry cobbled together some grant money and bought a very inexpensive hobby CNC router to complement the CAD computer and recruited Pablo Lopez and Jordan Nash to help him create the first CAD class. They all learned a lot! It wasn’t easy but they established a model for the class that still exists today.

And Jordan and Pablo started a standard of success that has attracted other generous donations. For example, the Public Schools Foundation has been a constant supporter of our programs for equipment (most recently a 3D printer), software, and supplies. And Luxel has purchased and donated a new laser cutter.

Fast forward to today... About 20 students have ‘graduated’ from this program and many have entered technical or engineering programs. All the students have benefited from the fact that they had to learn ‘independently’.

Basically, the students are given a computer, installed software, several manuals, several machines, and an Internet connection. They are supervised within another class but they do not have a CAD/CAM instructor; they have to teach themselves. This is unprecedented in their educational career – and it’s a bit scary.

Check it out here: http://www.youtube.com/watch?v=kMhtt9uhviA

Here’s what a few former students have to say about the experience.

• Jordan said that the class was similar to a college class and helped in his transition to college.

• Kyle said the class was fun and it was easy to motivate himself, even without supervision.

• Matt said having the chance to experience and learn the processes engineers use to bring ideas into the physical world was very valuable.

• Pablo said that troubleshooting equipment and programs often meant long delays on our projects, but it was all an important part of the learning experience.

Where does this go? First of all, according to Larry, this is what the future of education looks like: Students responsible for their own education, identifying their educational challenges and implementing a strategy to overcome them, and asking the hardest questions and then finding their own answers. 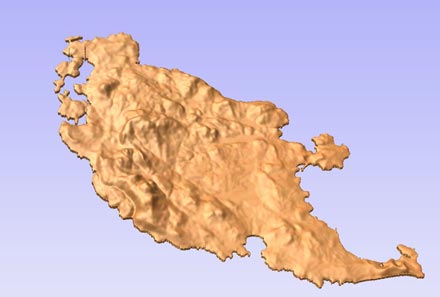 And it is also going toward a new building. In less than a year the school will have completed a major remodel of the Tech Building! Our State representative, Kevin Ranker, successfully lobbied for a bill that awarded us with $1,000,000 for the remodel! Thank you Kevin.

And when this building re-opens in January, 2015 it will house many more ‘independent learning’ activities ranging from computer programming to commercial art to sustainable energy solutions!

This sounds pretty good, doesn’t it? Larry thinks so, too! He thinks San Juan Island School District will soon be a model for all small schools around the state.

We look forward to even more recognition!

Because I was running out of time, Larry Wight helped a lot in preparing this column. I've decided that I need to spend more time on school work. This will, therefore, be my last column for a while. I hope to return some day. In the meantime, thanks for reading!