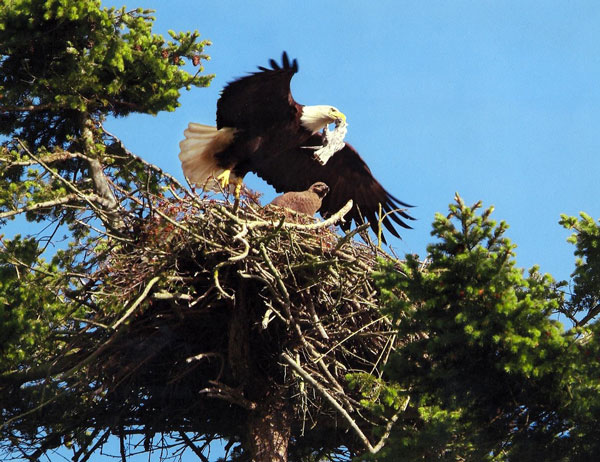 We came to know one another in 1998 in the parking area of the American Camp visitor center. There he was waiting patiently for the perfect shot of the old eagles nest across the entrance road. The nesting pair I dubbed “Big Bertha and Little Bob” were tending three young. Russ stood there next to his tripod (the camera had a lens the size of a cannon) for most of the day as vehicles came and went, stirring up dust. This was before we installed blacktop. I remember stopping to chat as his vigil extended into days.

He was a kindly, abundantly generous and he loved people. There always seemed to be someone new that he was taking around the park, cameras in hand. And he knew his way around photo editing. On occasion he would stand behind my chair, saying “crop more, crop more” while I was editing photos on my computer. Following the season of the three young, Russ appeared at my office with a gift in hand: a portfolio of his best shots, my personal favorite of which we had framed and hung in the visitor center for years. 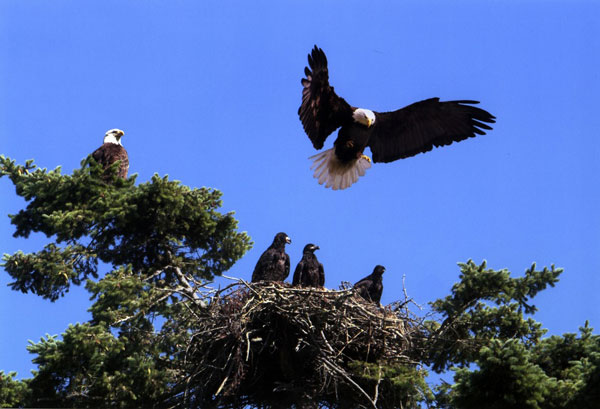 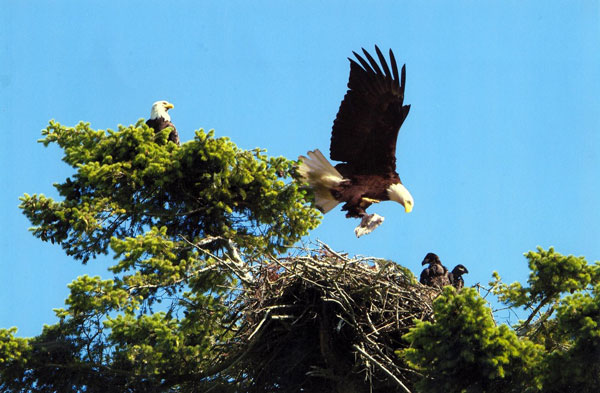 Literally thousands of visitors from around the world were captivated and some even sought copies from Russ, including my parents. I gave them one as a Christmas gift and it still hangs near the front door of my mother’s home. I still see him standing by his tripod every time I look at it. This result of his patience was so perfect that one cynic claimed that Russ had faked it in the dark room. I knew better.

Rest in peace, Russ, and thanks for everything.