“How do we make people care?” was my last discussion with scientist, Dr. Timothy Ragen, the retired Executive Director of the U.S. Marine Mammal Commission. We’d both been in Olympia on Tuesday to testify in support of noise-and disturbance-free waters for the Southern Resident orca whales. 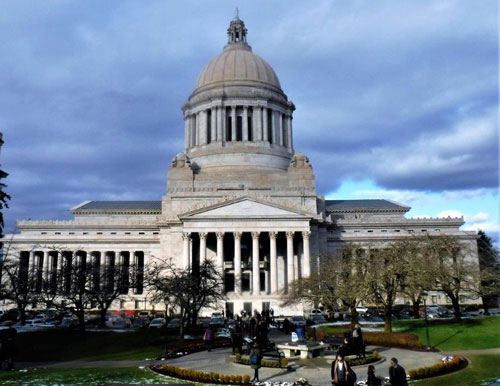 Dr. Ragen testified before the House Committee from the depths of his extensive scientific expertise: The SRKWs face imminent extinction if drastic measures are not taken immediately. His testimony resounded with irrefutable scientific facts and observations.

I spoke to the legislators about my personal experience as a 29-year-resident of San Juan Island, as well as my professional experience as Superintendent of County Parks in 1994 when we banned Jet-ski whale-watching from launching at the county park on the west side of the island. As Executive Director of Orca Relief Citizens’ Alliance, I spoke about the non-profit organization’s 22-year effort towards protecting the SRKWs in their core critical habitat. 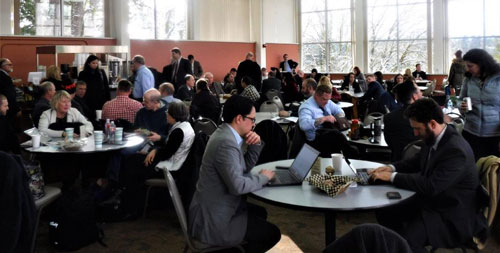 Personally, I shared how I can no longer go to the west side to watch the orcas because witnessing the harassment they experience is too heartbreaking.

During my early years on the island, when I was in the midst of recovering from suicidal depression as a result of my childhood abuse, the Southern Residents were my companions. I would sit with them for hours as they played and foraged with their families in the kelp beds off what is now Land Bank land on the west side.

The orcas, South Beach, the small writing group I was invited to join, and the beauty and quiet of it all brought me back to life. I continue to inhabit a landscape of gratitude—inside and out.

The whale-watching business interests were in Olympia this week too. Members of that community testified regarding their vigilance, their own passion for the SRKWs, and their economic importance.

I know what it is like to need a job. It is jobs that have supported my writing life, raising my son, living on an island and staying alive. One job is particularly memorable. After being on the streets of WTO Seattle in 1999, and researching and writing “Battle in Seattle,” I learned inside and out about the ways in which corporate interests come before human and environmental interests. I wrote that book because I was inspired in every way by the global movement for justice arising around the world. Then I started a follow-up book, “Beyond the Battle,” which explored the foundational shift that was happening towards a new paradigm of care and conservation.

Then, on 9/11, when I watched the towers come down in NYC, I felt the momentum of the human and environmental rights movement go down with them. The follow-up book got shelved. Early next spring, I needed a job and thought that driving in circles would be good for me. So, I showed up on Dan Ward’s San Juan Transit doorstep, got an amused go-ahead from him, acquired a commercial driver’s license, and spent the summer driving tourists around the island.

When I picked up tourists in Friday Harbor, they were exuberant and friendly. The chatter was loud and lively—until we turned around the bend on to San Juan Valley Road. Silence suddenly descended and the tourists became travelers in communion with the landscape. It was silence broken only by sounds of delight as we curved around the road at the top of Bailer Hill and descended along the shoreline towards Lime Kiln State Park.

“Tranquility.” This is an odd word to find in a WA State Supreme Court decision, but it is a word used in the Court’s decision to support the San Juan County ban on Jet-skis. It is a word used to describe why tourists come to the islands. And there is one paragraph in that 26-page decision that is weighted with meaning:

“While the Ordinance governs activities more appropriate for general state legislation, the State has failed to act. The San Juan County Ordinance cannot conflict with state laws that do not exist. Further, the Ordinance is consistent with the goals of statewide environmental protection statutes. Finally, it would be an odd use of the public trust doctrine to sanction an activity that actually harms and damages the waters and wildlife of this state.”

San Juan County led the way regarding a decision that impacted parks and public lands across the country—all the way to the Florida Everglades. And we can do it again on behalf of the Southern Residents, our county residents, our visitors, and our planet. Honoring authentic eco-tourism brings authentic eco-tourists. Real travelers want to be part of the solution. A movement towards “Save the Whales Nature Tours” could create a new foundation for tourism in which tranquility is the call and survival is the response.

If we are to survive, tranquility—for ourselves and for all life on this beleaguered planet—is more critical than ever. And it is immediate tranquility that the Southern Resident orcas need if they are to be saved from extinction.

As an accomplished and highly respected scientist, Dr. Ragen also has a life-long passion for the outdoors. He has worked on marine mammal conservation throughout U.S. waters and in various places around the world. His conservation perspective is rooted in his professional experience. My survival is rooted in my experience with nature in unnatural times. Each of us, in our own way care deeply. After testifying in Olympia, our question to one another continues to hang in the balance. “How do we make people care?”

It is a question that brings it all back home: How can we make them care—if they don’t?

San Juan County is the little county that could. In 1995, we preserved some tranquility for orcas, ourselves, and, eventually, for the rest of the country. Can we do it again?