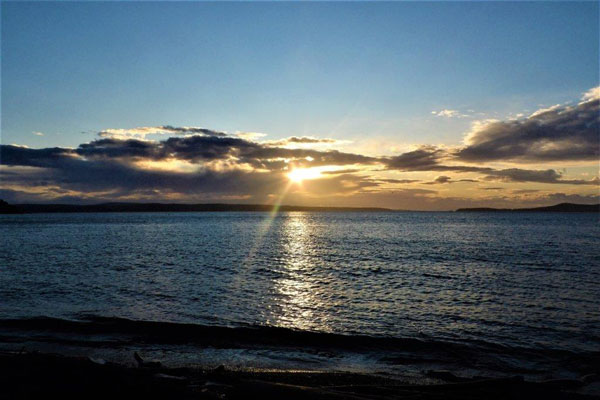 2020. What’s in a number? Words cannot come close to the feelings I have about this “New Year.” Words, in fact, feel futile given these times in which words themselves are being used to denigrate and dismiss the sacredness of everything on the planet—including being human.

My own New Year’s resolution throughout 2019 was to complete a book that I started working on almost 30 years ago. It became complicated when I decided to incorporate a story about an elderly friend’s dementia—and then even more complicated when the word “dementia” refused to be used. It is a word that dismisses the humanity in a human being, just like the words “Republican” and “Democrat.” When words reduce human beings to disposable entities, they mock the meaning of language itself as well as what it means to be human.

Witnessing the complexity of fading memory in my elderly friend actually became witnessing enlightenment—a return to infinite present-tense in which everything from trees to sky to air was being experienced for the first time. Finally, and thankfully, the fallout from my friend’s challenging childhood that had caused immense distress throughout her life gave way to the miracle of “Be Here Now.” (Thank you, Ram Dass. Rest in Peace.) My friend’s transition was a stunning unfolding from the dark into the light. Yes, it had its complications, but it was the end of soul-suffering and the beginning of unfolding enlightenment. It meant my elderly friend lived her final months in partnership with the divine. She died in peace.

Her journey into innocent awe and wonder was the opposite of demented. It was a coming home to the sacred nature of existence. Her refrain “Look at that!” was an irrepressible response to the non-stop beauty of the natural world. It also exposed the ugliness of the unnatural world—the landscape of destruction, the quick dismissive pace of contemporary life which sees the natural world as a resource for profit and not as a reflection of the priceless sacredness of life itself.

“Look at that!” became a mantra about the color of a flower. “Where does purple come from?” “How is it created underground?” “How does a flower know what color to become?” All questions without answers. For my friend, this simple gift of present tense became an illuminating meditation on reality, which became an immense gift to me. Dementia be damned. Reducing the complex reality of a person to “dementia” is a travesty of dismissal. So, I might add, is reducing others to “Republicans” and “Democrats.”

Who are we? Why do we know what we know? Believe what we believe? Think what we think? Feel what we feel? We are as complex as an orchid. We, too, bloom from this earth. We, too, need air and water and nourishment. What is less and less perceptible is: What good do we do for life on earth? How do we serve the sanctity of life? Why can’t we simply bloom into love and stay suspended in kindness and compassion?

As this political season unfolds with its unpresidential rhetoric, it rages against all that is sacred. If he was not doing so much damage to the planet and the people on it, Donald Trump would be a tragic case of mental illness. But what is even more disturbing than his personal pathology are the ways in which his handlers are using him to feed the widespread vilification of innocent others. Mr. Trump is a lightning rod for the dark side—including the inhumane treatment of innocent children that is becoming horrifically common; the increased levels of corporate greed that are leaving more and more people penniless, homeless and without food; the exploitation of sacred lands for financial profit; and the arrogant dismissal of both nature and human nature.

Donald Trump is a sick man. But those in power exploiting his sickness are truly devious—and demented. This is where the word “dementia” takes on its true meaning. In a British dictionary, “demented” is an adjective meaning: Suffering from dementia; driven to behave irrationally due to anger, distress, or excitement, “a demented, dangerous and sadistic Mafioso.”

Nothing in this definition described my elderly friend. Everything in it describes the annihilating manipulation of these times by destructive military budgets, obscene corporate profits, devastation of the environment and the heartless boundaries of power, elitism and racism.

My religious and spiritual history is complex. I am part of a survivor group that was exploited and experimented upon as children. My healing journey has been blessed by the truest of both Buddhist and Christian teachers. From them I learned that we are all one. It does not get any simpler or more complex than that. To see the ways in which Christianity is getting co-opted by elitism, racism, capitalism and fascism is shattering beyond measure. Those of us who were lucky enough to survive our childhoods perceived the outside world as a welcoming beam of light. Now we are seeing it as a reflection of our childhood experience. The very trauma we have spent our lives healing from is now being perpetrated without question. Kindness and compassion, the foundation of all true religions, is perceived as weakness. Exploitation and domination, the foundation of the dark side, is attempting to lead the way

In my struggle to keep from aligning with the language of reductionism—be it dementia, republican or democrat—it is the personal connections that save me. Even though I am unable to comprehend how anyone can support Donald Trump’s behavior, I have friends who appear to do so. His name does not arise in our conversations. Sometimes, in the privacy of my own isolation, I wonder how I can possibly keep these friends—until we see one-another, and loving kindness prevails.

The Christian and Buddhist teachers who have graced my life always honor one another and the spiritual heart that prevails beneath and beyond language. They are neither distracted nor influenced by religious hyperbole. They reflect the true wisdom and compassion of the Buddha and the humility and courage of Christ. They are not either/or. They are both/and. They all live, love and teach through unity. There is no “us and them” rhetoric.

May this new decade enfold us in 20/20 spiritual vision which blesses all life and all our lives with sacred unity. May the miracle of it all prevail—from the color purple to people of every color. May the greening of the earth survive the de-greening of greed. May every child be free in a world that serves their future. May the future be free to unfold in all its wordless wonder.

May “dementia”, “democrat” and “republican” discover they are mere letters in the miraculous and wordless language of life. One world, under God, with liberty and freedom for all. Om Mani Padme Hum.