Yes, I know: Valentine’s Day was last Sunday. I hope this traditionally hearts and flowers celebration was a pleasant one for you, however you chose to honor it (or not). All that white stuff from the chalky sky sure provided an excuse to cuddle or at least get cozy, eh? 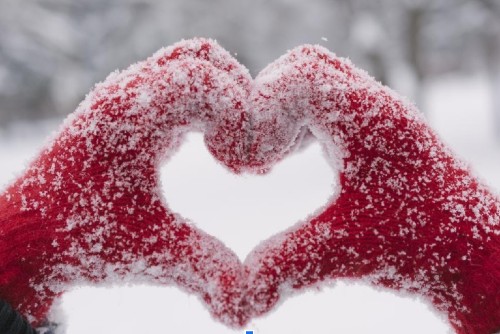 My reason for returning to this holiday is two-fold:

First, I find the origins of things fascinating and often completely unpredictable. And it just so happens that tapping into states of curiosity and wonder is life-enhancing. Actually, it’s also life-expanding, as research shows these characteristics are key to longevity.

So, here’s something I hope you’ll also find interesting and surprising: the color pink.

Did you know that pink, and not red, enjoys the most longstanding reputation as the color primarily associated with Valentine’s Day? I sure didn’t. And the word itself, “pink:” the Dutch may be responsible for coining that as far back as the 1500s. “Pinck oogen,” (small eyes) in Dutch, came to describe the petite, delicate flowers of the dianthus--think carnation-- whose petals looked distinctly crimped, or “pinked” as such a perforated edge came to be described later that century. Not long after, the Bard reflected European society’s notion that pink suggested perfection when his Mercutio (in Romeo and Juliet) declared: “Nay, I am the very pinck of curtesie.”

The second reason I chose to reprise Valentine’s Day has more to do with flexibility and letting go, two equally important qualities for helping cultivate a longer, healthier life…

Did you know that, as pink emerged as a popular color in Shakespeare’s Elizabethan England, pink stockings were all the fashion rage in both upper and lower classes—for men! And that linkage continued through the 1920s, when pink started to be used for the marketing of products—for boys! Apparently, that shade was considered appropriate and desirable for little guys because of its perceived “full of energy” quality; it was also the natural precursor of the hotter and more “mature” color, red.

Guess which color was associated with girls during this time? Yup, baby blue! It was perceived as a soft, mild color and one strongly coupled with the Virgin Mary. Having been raised Catholic and exposed to lots of statues of the Virgin, I can attest to that association—Mary’s robes were inevitably a lighter shade of blue.

It was only after World War II that, for reasons not clear, the color associations did a gender flip flop for the next half a dozen decades. While moderns have come a long way with rejecting color stereotypes since then, old habits and traditions die hard. Despite my mother’s frequent urging in the late 1980s, my father wouldn’t consider wearing “that girlie color” until Brooks Brothers started prominently featuring pink oxford shirts in their display windows and magazine ads. To this day, I still know numerous men who “wouldn’t be caught dead” wearing pink! And while yellow and green have emerged as neutral, PC color options for wee ones, assumptions (and prejudices) about pinks and blues persist.

Whether it’s acknowledging the earth’s shape and movement, germ theory, continental drift, who should wear which colors, and countless other examples of evolved understandings throughout history, tradition and truth are never as absolute as we imagine. And clinging to these without remaining open to other possibilities sows unnecessary discord and suffering. In a time of colossal global upheaval, it seems to me the cultivation of flexibility and the letting go of rigid beliefs becomes crucial to staying both safe and sane.

May I, we & all beings continue to explore, discover & expand… in curiosity & wonder.

Most services are available in Deb's studio or via phone or Zoom. For more information or scheduling, please go to www.journeystohealing.com (website). bethechange5@rockisland.com (email), or 360.317.4526 (texts preferred).