Humans modify their environments in many ways, including climate change, non-native species introductions, and habitat protection.

Field studies that span several decades are rare, but extrememely important when trying to evaluate the role of human activities on the environment.

A research team of subtidal ecologists at Friday Harbor Laboratories, past and present, joined forces to address the question: Have subtidal rock wall communities in the San Juan Islands changed over four decades?

The research team was led by Professor Ken Sebens, former Director of the Friday Harbor Laboratories. The lead author was Dr. Robin Elahi, a Ph.D. student who finished up and is now teaching Ecology at California State University, Monterey Bay. Report

Because of the damage done to coral reefs and kelp forests, it was suspected that the rock wall communities would have changed dramatically in 40 years. An archive of underwater photographs by former University of Washington graduate student Charles Birkeland was taken between 1969 and 1974 of underwater rock walls in the San Juan Islands.

Those photos were compared with a modern set of photographs taken by graduate student Robin Elahi between 2008 and 2011 at the same site. Surprisingly, the historical communities exhibited lower biodiversity (fewer species) than the modern communities.

This result is likely related to intense grazing by animals like chitons (snail relatives), rather than species introductions in modern times.

Modern and historic communities also had similar stability, and thus the data suggest that there has been limited change in these rock walls over four decades, despite a clear increase in temperature (due to climate change) and fish abundance (due to the establishment of marine protected areas) in the San Juan Islands.

The lack of change in these rock wall communities may be related to their vertical topography, which limits physical disturbance and prevents weedy algae from taking over space.

This is good news and suggests that the marine habitat in the San Juan Islands is thriving on the rock walls. These results were recently published in the science journal, Marine Biology, citation to follow. 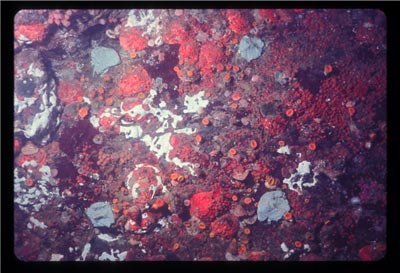 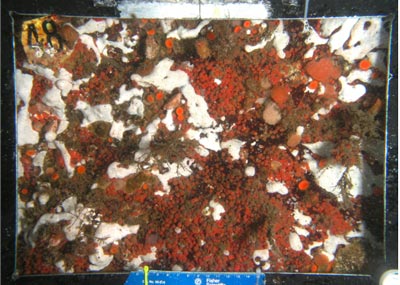 The analysis of underwater photographs taken between 1969-1974 and between 2008- 2011 suggest that there have been few changes in the biodiversity and composition of rock wall communities over the past four decades. 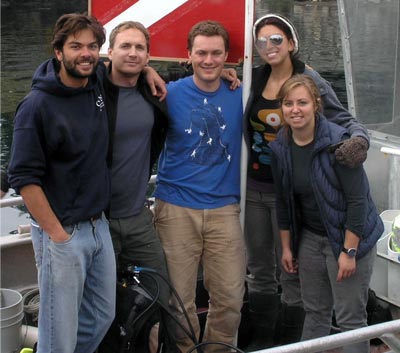