In 1964 Dennis Willows and his PhD advisor Graham Hoyle spent a summer at Friday Harbor Labs to work on the giant muscle fibers of barnacles. Hoyle, a well-known neurobiologist from the University of Oregon, had Dennis take FHL's Invertebrate Zoology class, which has introduced many generations of young scientists to the spectacular diversity of marine life in the area.

One day a trawl in Orcas Island's Eastsound brought up a large pink nudibranch which one of the scientists identified as belonging to the genus Tritonia (Figure 2). Hoyle knew of exciting recent literature documenting giant brain cells in marine mollusks, and suggested that Dennis dissect this unfamiliar sea slug and have a look. He did so and quickly found a structure containing large orange spheres that looked tantalizingly like giant neurons (Figure 3). Looking through the microscope, Dennis patiently tapped a sharp electrode through the connective tissue overlying these spheres until suddenly the oscilloscope erupted with a vigorous series of action potentials — the unmistakable voltage spikes by which neurons propagate signals along a circuit. 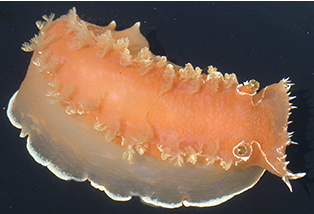 He then directly stimulated the neuron to see what would happen. Fifty years later, Dennis’ eyes still shine as he describes the thrill of watching the animal vigorously bend its tail in response to that stimulation. He soon discovered that many neurons were uniquely identifiable. One caused the tail to bend to the left, another caused the dorsal gills to withdraw, and still others appeared to produce components of the animal’s escape swim. These seminal, unplanned discoveries by a graduate student in a summer class at FHL led to a 1967 solo author paper in the prestigious journal Science: “Behavioral acts elicited by stimulation of single, identifiable brain cells” (Willows 1967). By demonstrating that it was possible to map and study networks of specific, individual neurons in awake, behaving animals, Dennis helped to pave the way for studies of many issues of brain function that had been stubbornly resisting exploration in vertebrates.

Science is hard work, with its share of failed experiments and frustrated grant applications, but well worth the trouble because of the intense intellectual joy that comes at moments like this. Such discoveries are typically first experienced as a graduate student, when it dawns on you that you are the first person in history, and at that moment the only one in the world, to know something. Even better are the rarified moments when you realize that your finding is not just new, it’s game-changing because it opens the door to a new level of understanding and maybe even a new field of study. 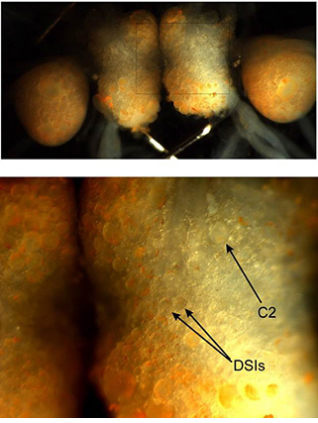 Dennis’ finding was of this sort and he pounced on it, dropping the muscle project and moving from Eugene, Oregon to FHL to work full-time on this obscure sea slug. It was indeed a golden opportunity, and in 1969 he and Hoyle published two additional high-profile Tritonia papers, one again in Science (Willows & Hoyle, 1969), and the other co-authored in Nature with lab member Derek Dorsett (Dorsett et al. 1969). Dennis soon followed with a 1971 article in Scientific American, “Giant Brain Cells in Mollusks” (Willows 1971), disseminating his remarkable findings to the general public.

Since those early days, Tritonia research has continued to thrive at FHL, drawing scientists such as myself and many others to dig for the next discovery, and leading to additional Science and Nature papers. Dennis earned his PhD in 1967, became a University of Washington faculty member in 1968, and in 1971 was appointed as Director of Friday Harbor Labs, a position he held until 2005. Along the way he trained large numbers of young scientists who have gone on to establish laboratories, train their own students and post docs, and who often return to work at FHL. Now retired, Dennis still lives on the island and occasionally captains the R/V Centennial to capture material for the students taking the same Invertebrate Zoology class that changed his life 50 years ago. His infectious love of science showed at a “Bunny Lawn” potluck dinner just last month at the Labs, when he stood to take a picture of the large gathering. He told everyone that he was documenting the moment because summer scientists at FHL sometimes go on to win Nobel Prizes!

My own route to FHL began in 1976, when looking through a microscope in Steve Arch’s lab at Reed College, I beheld the stunning brain of the marine mollusk Aplysia, packed with what looked to me like orange marbles — my own first glimpse of giant neurons. I was awestruck by the sight, and soon experienced the thrill of poking a sharp electrode into one of those seemingly inert orange marbles and having it erupt with electrical activity. I could also see that it was getting inhibitory and excitatory inputs from other neurons, revealing the presence of a network actively engaged in its business. 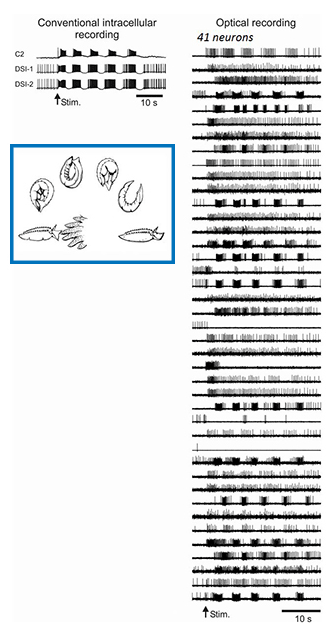 Fig. 4: Optical recording uses light to record large numbers of neurons simultaneously. Each trace shows the firing of a single neuron during a 5-cycle swim motor program. Inset blue box: The escape swim behavior of Tritonia, elicited by contact with a predatory seastar. How could I work on anything else after that experience? My first summer at FHL was in 1986, working with my new post-doctoral advisor Peter Getting, who himself had done his postdoctoral training with Dennis. Peter’s lab had worked out the neural circuit driving Tritonia’s escape swim, and I joined him to launch a study of its learning abilities. A great experimental system had gotten its hooks in me, and decades later I’m still working on it.

I’m interested in how brain networks generate behavior, make decisions, and store memories. This field is in a golden age right now due to many recent technical developments. It’s amazing how far we’ve come in a few short years. My earliest experiments employed a smoked drum kymograph recorder, where a pin at the end of a lever arm attached to a muscle scratched a record of the muscle’s contractions onto a rotating cylinder of paper coated with soot from a burning candle. A few years later in Alan Gelperin’s lab at Princeton University, we used rolls of light-sensitive paper driven past the oscilloscope screen to record the neural activity of the garden slug Limax’s feeding circuit. After each experiment we would crank the rolls through developer, fixative and wash, and then dry them on big rollers above the sink, after which we would eagerly unroll them down the building’s long hallways to view the results.

I then moved to Eric Kandel’s exciting lab at Columbia University, where scientists from all over the world had come together to use the marine mollusk Aplysia to explore a great mystery: how neural circuits store memory. I loved this work but was frustrated by the technical limitation of being able to record no more than four neurons at a time using traditional electrodes, because behavior is driven by the activity of large numbers of neurons. A key breakthrough came when Larry Cohen and his colleagues developed methods for using light to record the activity of hundreds of neurons simultaneously. In my lab we use this approach to watch networks rapidly reorganize their functional structure as decisions are made, actions are taken, and memories are formed (Figure 4, Hill et al. 2015 and 2016). We are, in a sense, able to read the minds of our sea slugs! It’s remarkable that the Tritonia work I’m doing now in my lab at The Chicago Medical School, supported by a long series of federal grants, originated from the FHL Invertebrate Zoology course so many years ago when a student fulfilling his independent project requirement first probed the brain of a then-obscure marine mollusk pulled up in a trawl from the bottom of the Salish Sea. 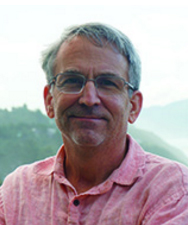 William Frost’s research is currently supported by the National Science Foundation. He is the Professor and Chair of Dept. of Cell Biology and Anatomy at The Chicago Medical School, Rosalind Franklin University of Medicine and Science.