My first trip to UW Friday Harbor Labs was in 1995. After completing my undergraduate thesis on freshwater zooplankton and spending a post-bac year chasing primates through the jungles of Borneo, I had been accepted into the PhD program at Oregon State University in the Menge/Lubchenco rocky intertidal ecology lab. My new advisors were aware that I had never actually been to the rocky intertidal zone before I got to OSU, and they encouraged me to head up to FHL for summer courses at the end of my first year. A coin toss led to my application for the Marine Phycology course during A term (tails would have equalled Invertebrate Zoology), and to promote intellectual breadth I applied for the Marine Fishes course for B term. As has happened to thousands of students before and since, I learned more in those 10 weeks than I had in any other 10-week period of my life. 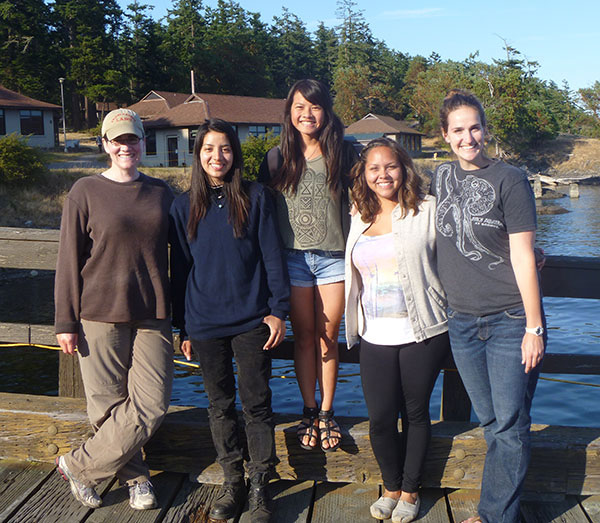 Since 1995 I’ve taken every opportunity to go back to FHL, to build on those intellectual experiences and the personal and professional relationships that kick-started my marine biology career. I lived at the Labs for three years as I conducted the field research for my PhD thesis; I taught the ‘Bot’ part of ZooBot, I’ve mentored 9 students through the Blinks and REU programs, and brought 14 undergraduates and 5 Masters students to the Labs as I've moved through my faculty career. In 1998 when I established a manipulative field experiment to explore the effects of the kelp Hedophyllum sessile on the low intertidal community, I had no idea that I’d still be collecting data on those same plots 22 years later!

This Tide Bite was inspired by one of those graduate students who came up to FHL. As a Masters student in my lab at California State University Fullerton, Rachel Pound was interested in understanding how exposure to high temperatures during low tide might affect the susceptibility of limpets to predation. At the end of her first year, with the support of Richard and Megumi Strathmann Endowed Fellowship funds, Rachel was able to spend a summer at FHL. Rachel’s previous research experience had primarily been in studies of marine plankton, and at FHL she focused on building her expertise in rocky intertidal field survey methodology and honing her understanding of the elements that control body temperature for limpets during low tide. Dr. Emily Carrington generously offered time, energy, and equipment to help us with the latter, and Rachel spent many hours working with Emily’s wind tunnel, carefully manipulating different environmental conditions to examine how each one affected limpet body temperature. As the summer came to a close and we started to consider the predation part of the equation, Rachel and I would pose hypothetical questions to each other such as “So if we wanted to look at predation by birds, how would we set up an experiment?” Then we’d reach out to anyone who might have insights. That particular question led to a long and entertaining discussion with Emily and Dr. Dianna Padilla on the porch of the FHL Dining Hall, where we sat together brainstorming about methods and equipment. This conversation was one of thousands of similarly productive and energetic encounters that have happened in those very chairs.

Looking back, Rachel and I agree that her time at FHL was critical to the success of her thesis work. Our many brainstorming conversations with FHL colleagues taught Rachel to think outside the box and consider novel methods to address her research questions. As we sat in my office back at CSUF discussing oystercatcher predation, she suddenly said “Hey, actually, a friend of mine works at the Living Coast Discovery Center and they have a captive oystercatcher there. I wonder if we could somehow incorporate the live bird into the experiment?” It turned out we could, and the result was a thesis and a publication for Rachel and a name (Squeakers) for the previously anonymous bird.

The encouraging, enthusiastic, and collaborative atmosphere at FHL and the generous nature of the community taught Rachel that she should not be afraid to reach out to experts in the field to ask questions and suggest collaborations even when we returned to CSUF. Being able to interact with faculty informally helped Rachel feel less intimidated about asking them for help than if she was approaching them in an office. The conversations that resulted from reaching out to faculty showed her that "most people in our field are there because they love research and want to learn about and work on interesting things, and despite their time and resources being so limited, they enjoy helping out simply to make the science stronger." Her final project benefitted from collaborations with Dr. Misty Paig-Tran (CSUF), Dr. Luke Miller (SDSU) and Felicia King (Hopkins Marine Station). While Misty (an FHL alum) was a familiar face, Rachel had never met Luke, but she emailed him with two questions: “Would it be possible to build a device to measure the force with which an oystercatcher strikes a limpet during a predation event? And if so, would you be interested in collaborating on this project?” The answer to both questions was yes, and we used the force meter that Luke and Felicia built to measure actual predatory forces exerted by Squeakers as he tried to dislodge a limpet mimic from the substratum: the first direct measurements, to our knowledge, of this interaction. 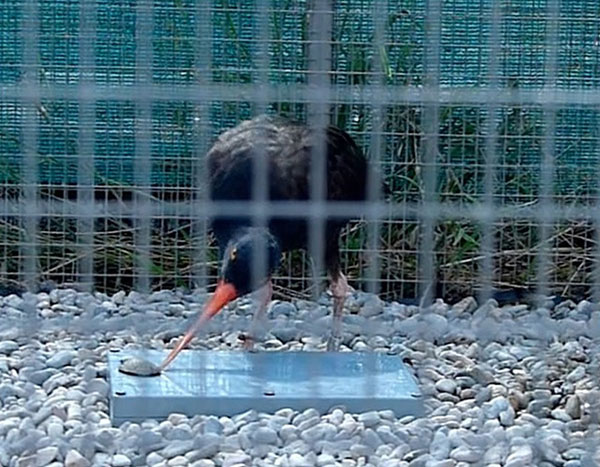 Certainly Rachel’s can-do attitude and her inclination to answer questions with “I don’t know, but I’ll find out” preceded her time at FHL, but her time at the Labs helped her to see that these traits are the foundation of a highly successful and exciting career in research. Rachel graduated and moved on to a job with the Cordell Bank National Marine Sanctuary, where she puts her expertise in field survey methodology to good use. Two of my current students, Angelina Zuelow and Georget Oraha, are now spending summers at FHL working on their graduate research with the generous support of the Alan J. Kohn Endowed Fellowship, the Pamela Roe Graduate Student Endowed Fund, the Anne Hof Blinks Fellowship, and the Friday Harbor Labs Research Fellowship. They are part of a long line of scholars who agree with Rachel’s summary of the FHL experience: “it was so fun and helpful being surrounded by like-minded people who wanted to conduct good research and did so because they loved it.”