Liko Self began his time at UW Friday Harbor Labs shortly after he completed his MS degree in what was then the Department of Oceanography at UW. His curiosity about nature was genuine and deep. Liko worked six long days a week, arriving early and staying late. He was often in the lab on Sundays as well, but in a much more talkative mode. His MS thesis and the resulting publication (Self and Jumars, 1978) used three deposit-feeding species common on the tidal flats at the mouth of the Skagit River to study particle selection. The results established the need to extend studies to a much larger diversity of deposit feeders, which pointed straight to the diverse fauna available to researchers at FHL. Our lab began seasonal migrations to FHL based on that need. 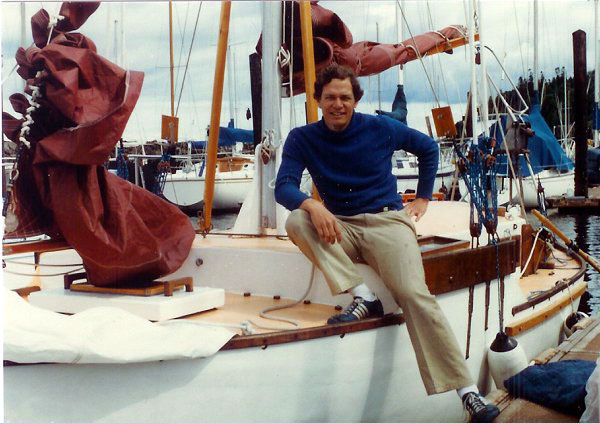 Liko was offered the opportunity to continue on for a PhD both in the Department of Oceanography and later elsewhere, but he declined. Liko loved research and its discovery of new knowledge, but he strongly preferred to be isolated from the politics and process of obtaining funding. He was a good writer, but inclined toward producing drafts of only the methods and results. He kept sterling notes on his laboratory procedures and quickly slipped into the role as laboratory technician and coordinator in the Jumars lab and later in the Nowell and Jumars lab. Liko set a standard for research intensity and quality and enforced it on several generations of PhD students. Liko’s first-authored publications (below) are among the most data intensive to have come from the Nowell and Jumars lab; he always had a project of his own choosing that he pushed along on top of all his other duties.

One of Liko’s many endearing features was a wry smile that served as a BS-meter for those of us who knew what it meant. He did not have to say a word. When words mattered, however, Liko was an eloquent spokesperson for Native Americans long before the current wave of awareness of racial and cultural prejudice. He notably bristled at being called an American, much preferring to be known as Hawaiian.

Work was a big part of Liko’s life, but certainly not the whole of it. A decade with the Coast Guard preceded Liko’s graduate career and he was comfortable on the ocean, but took it upon himself, with very limited experience under sail, to set out solo for Hawaii in a self-built sailboat. We could not convince him to take a radio. He shared that serendipitously, he'd discovered that a screw had fallen out of his sextant only a couple of days before he should have hit Hawaii. Without the corrected sextant course, he would have missed the islands.

From the late 1970s to the late 1980s, Liko supervised the twice-yearly (and sometimes summer teaching) migration of the Nowell and Jumars lab to Friday Harbor, while the lab focus shifted increasingly on the interactions among organisms, bottom boundary-layer flows and sediment transport. The drill was to use spring and fall breaks to set up a constantly growing set of space-hogging flow tanks designed for particular kinds of boundary-layer studies. We came to FHL with specific data needs to finish studies from previous visits, which took priority, and a list of wild ideas that needed pre-testing to see whether they had any merit for potential attention on the next visit.

The logical next steps eventually outgrew our seasonal design. We needed a recirculating flume too big to move. After four summary declinations from the National Science Foundation, the biological and geological oceanography programs suddenly decided that this interdisciplinary effort was on the cutting edge, and Lab 7 (where Lab 12 is now) was funded in a cost-share agreement between the National Science Foundation and the University of Washington. That lab was Liko’s second home, with his boat as the first and last.

True to his Hawaiian roots, Liko’s office was always the warmest place in the new lab. When Jumars moved to Maine, Liko was invited to join him, but declined. The Pacific Northwest was Liko’s cold-temperature limit. For a time he used his statistical and acoustic skills gained from various projects to work in acoustics at NOAA’s Sand Point lab, but the call of the island life and impatience with federal bureaucracy brought him back to Friday Harbor. His wry smile and cerebral discussions are sorely missed. 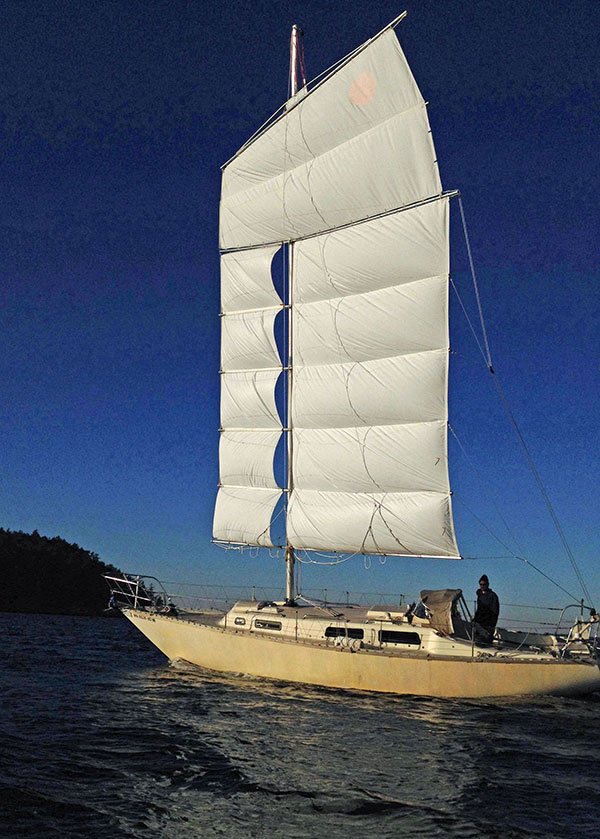 Liko on his sailboat with the latest version of the "junk" sails that he designed and setup. He worked tirelessly and kept meticulous notes on that type of sail.