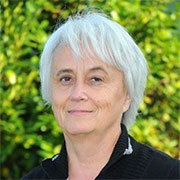 I have lived on San Juan Island for 28 years since May 22, 1991 and I am absolutely ashamed of what San Juan Island has become. I don't recognize the place I moved to with my family 28 years ago. The hostility, dishonesty, greed and deception is shameful.

The hatred aimed at Rami and John Lance Amaro is outrageous. When I first interviewed them for the article that ended up entitled "Not Living the dream on a San Juan Island Farm", I thought these events they are describing can't be true.

I asked a few people if they had heard of the Amaros. The feedback I got was they had heard they were unreasonable. So I proceeded to research the they said/they said elements of the situation. Research was more difficult than I expected because I continually was misled by the Land Bank.

Turns out:  Yes, concrete was poured down the pipes cutting off water for the irrigation of the fields (Tom Lawson says he was protecting the town water supply). Yes, those miserable starving cows belonged to Tom Lawson.   Yes, the Land Bank refuses to put garbage receptacles in the huge preserve. Yes, the Land Bank placed a porta potty on the Amaro's property without their permission. Yes, the gates have been blocked by vehicles. Yes, the county Prosecutor refused to pursue charges against a man who threatened to burn the Amaro's house down. Yes, people have left gross items in the parking lot area that belongs to the Amaros. Yes, the Land Bank refused to pursue mediation and discuss the four items - fence, siting of toilets, indemnity and garbage can. Yes, a wedding party was approved to use the preserve. (The Land Bank dropped that activity from their final plan.)

An it turns out the county did not prevail in the Mount Ben case about using the private road. Their "win" is  the rationale they have cited as why they are confident they will prevail in court against the Amaros. The court case was brought after the county refused to mediate.

I naively believed that writing an article detailing the situation would help. That people just needed the facts to understand that the Amaros weren't this evil unreasonable couple they had been portrayed as. What a joke. This island has become so polarized that no one can see past their own nose, no one can think past their own self interest, no one can put themselves in someone else's shoes.

There is now a campaign to "Record the Amaros". On this peaceful, sunny first full day of summer, people have been driving past the farm with their car windows rolled down  recording the entire length of the farm.

I wouldn't be surprised if we have pushed them past their breaking point. When the farming idea is abandoned and a 14-house subdivision is built on the clear cut property, we know who is to blame - all of us.

Those who have attacked the Amaros, those who back them but won't stand up to defend them, and all of us who have let the Land Bank be bullies.