The voters have spoken. The two off-year levies, one contentious and one not, have passed by overwhelming margins. Time to move on BUT…

One ongoing trend is clear. At a time when all over this country the voting rights of so many are being aggressively undermined, turnout by younger voters for these locally significant issues remains dangerously low. The future of EMS is relevant to everyone, and the health of the School District is most important to the very citizens who did NOT vote! 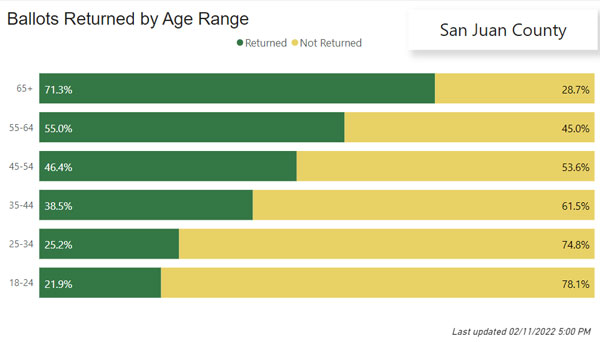 There are no excuses- these issues were aggressively publicized, voting here still requires minimal effort, and with such a small pool of voters the old excuse that “my vote doesn’t count” is just plain wrong!

Deteriorating trust in the voting process and of government as a whole is an evolving threat to democracy. It is an absolute necessity to re-enfranchise everyone and reemphasize the importance of a thoughtful committed educated voting citizenry untainted by bias and propaganda of all types. Who must step up? Among others, our schools, the League of Women Voters, our parents, our grandparents. All of us.

It is distilled in the ancient aphorism:”If I am not for myself, who is for me? But if I am for my own self only, what am I? And if not now when?”

Voting must be viewed again as a PERSONAL and COLLECTIVE right and responsibility.