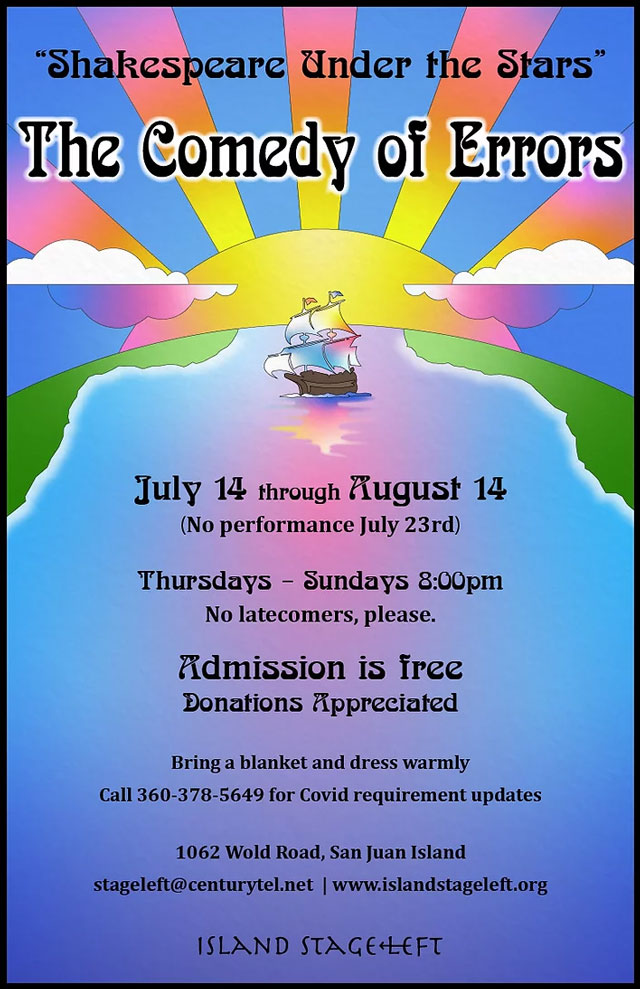 The Comedy of Errors opens with a poor man's imprisonment.  One misunderstanding succeeds another as the plot unspools.  A second man and his lackey are bound and confined at home.  The large cast gathers in festive raiment to cure their mental derangement with joyful hocus-pocus.  Meanwhile, the man and his lackey escape.

Visual and auditory delights arise from twinning of harlot and nun, red curls bouncing atop stricken sconces, a plaintive "Love Hurts" song and excerpts from '60s classics.  When all is revealed and all understand, Shakespeare's happy resolution flows forth to the field as laughing audience members join and jostle in the gloaming, streaming for home.