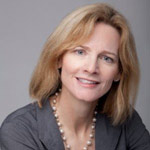 The #1 responsibility of a board – nonprofit or otherwise - is to promote the mission of an organization and ensure financial viability. Financial stewardship is critical, because without it, the rest doesn’t matter.

Today, despite a tax levy that is already at the maximum allowed under Washington State law, EMS service delivery on San Juan Island is running on financial fumes.

The 2018 budget was just approved on a 4-1 vote. (I dissented, in part to make the point that the budgeted path we’re on is simply unsustainable.) As one example, we’re allocating only $25k in capital expenses for 2018, despite the fact that we’ll need to spend approximately $240k for defibrillators alone in 2019. (The general principle for funding capital purchases - ambulances, major equipment, improvements, etc. - is that you set aside enough money each year to adequately cover projected capital outlays over a much longer period – so if you’re going to spend $1 million over ten years, you budget $100k a year. ) We’re not doing that and our starting cash reserves for 2018 are projected to be more than $100k below what we started with this year. And while many people in the community seem to be focused on grant income as a potential savior, grants received so far for 2017 total less than $5k.

Many of the practices that have brought us to this point went on for years, resulting in finances that looked much rosier on paper than they really were. Until very recently, for example, EMS showed more than $4 million in outstanding billings on its books. In reality, only a tiny slice of that was collectible, and more than $3.5 million has now been written off, something that should have been done years ago.

For many years, EMS subsidized ground operations with flight-related revenues, a practice that was questionable, and ultimately unsustainable. In the Fall of 2015, just prior to the election of commissioners Bill Williams, Barbara Sharp, and myself, the Washington State Attorney General’s office announced that San Juan EMS was the subject of an investigation focused on billing practices related to flight operations. To date, the San Juan PHD has spent more than $160k in legal fees related to this investigation and the situation is still unresolved. The billings in question date back to 2010 and there are no reserves set aside to deal with any future major legal expenses, or any reimbursements or financial penalties that might arise.

In early 2016, after WA State informed the PHD that Medicaid claims for flight services would no longer be reimbursed, operational responsibility for flight services was effectively turned over to a vendor, Island Air. EMS now runs a ground-based emergency services operation, and is out of the air business. The hundreds of thousands of dollars per year from flight operations that previously subsidized ground operations are no more.

The bottom line is we can’t spend what we don’t have. When I joined the board in early 2016, our backs were against the wall. The EMS levy had already failed twice and a third failure would likely have meant catastrophic cutbacks in service. With a great deal of citizen input, we were able to craft a more realistic budget and win voter support, but it’s only recently that Chief Jerry Martin and accountant Chris Compton, have been able to unravel the billing quagmire. We still don’t know what our exposure related to the AG’s investigation ultimately will be.

Very recently, EMS Chief Martin announced his resignation and recommended that the Public Hospital District consider merging with the Fire Department. Before the board considers such a move, it’s critical that we come clean on the EMS financial situation and take a deep look at how we got to where we are.

The San Juan community values emergency services and appreciates the service commitment of the volunteers and professionals who work as emergency responders. That’s not in question. What is in question is how best to provide financial resources and oversight in ways that will ensure the sustainability of EMS operations, whether as a stand-alone service or as part of a broader service district that encompasses both firefighting services and EMS.

In my view, an open, public review of financial operations to date and financial scenario planning that lays out what service delivery will look like given current revenue projections for the next five to seven years is a critical next step before the public hospital district board and one or more fire districts can move down the path to consider whether consolidation of EMS and firefighting operations makes sense.

- Monica Harrington is a public hospital district commissioner for San Juan Public Hospital District #1 and has served on the boards of both nonprofit and for profit organizations.