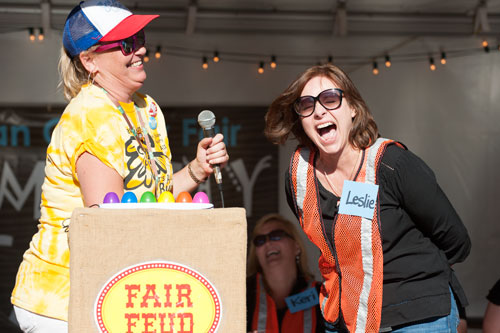 Onto the championship game on Saturday, August 19. The sparkling San Juan Community Theatre, decked out in tiaras, gowns and other finery from the wardrobe department, faced the glowing Town of Friday Harbor team. There safety vests stood out. After a close match with strategic passing, the Town of Friday Harbor defeated the SJCT team, last year's champions. 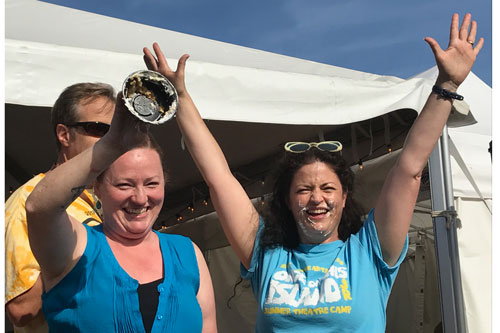 Between the rounds, games - pie-eating contest, and telephone - were played to keep the audience entertained.

Editor's Note: There are no photos of the SJCT vs Film Fest. Hard to be at two places at once:)