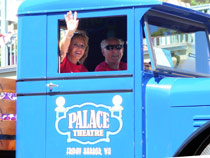 Crowds turned out on a hot sunny day for the 2015 Fourth of July parade in Friday Harbor. After a short delay watching the ferry traffic drive by, the traditional parade headed down Spring Street. The parade had plenty of music with the UW Husky Marching Band, Friday Harbor Community Marching Band, the Highlanders Bag Pipers, the Rockers, and the Jazz Band.

Jerry Alhadeff, owner of the Palace Theatre which is celebrating its 100th anniversary this year, was the grand marshal.

The "Hooray for Hollywood" theme was well portrayed in the variety of floats. The winners are: 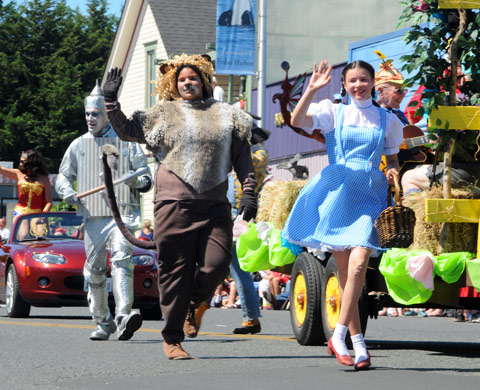 Best of Theme Float - the Lions Club (Wizard of Oz) 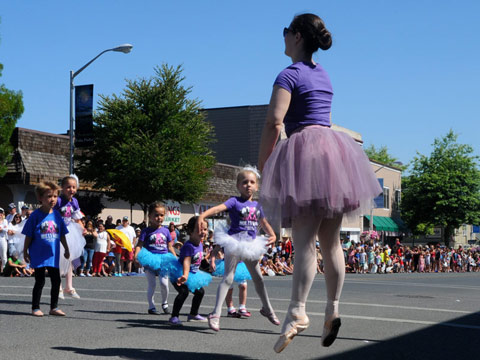 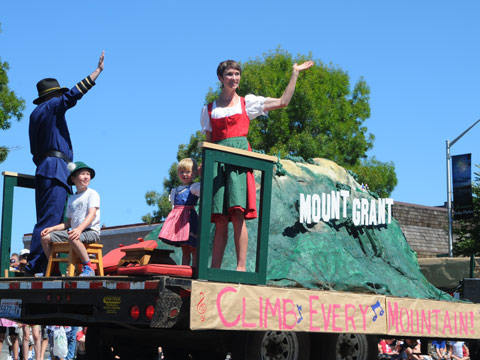 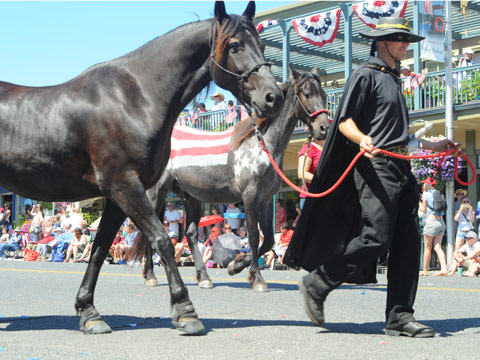 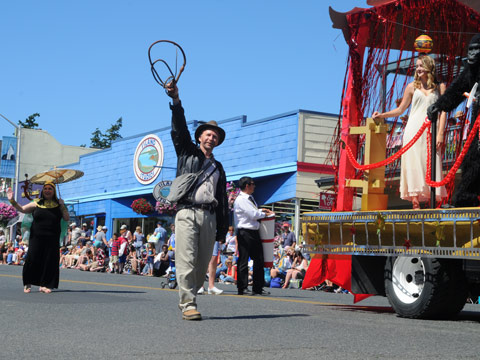 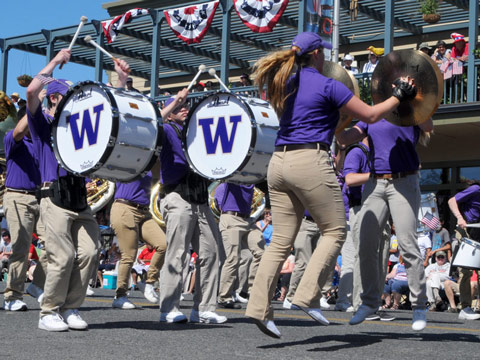 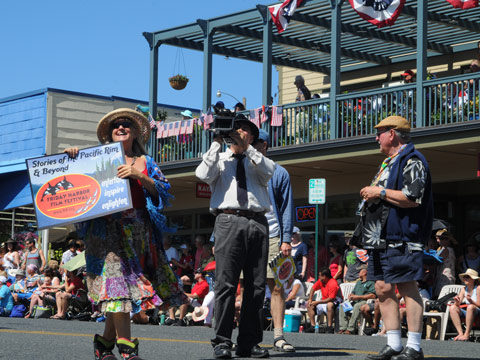 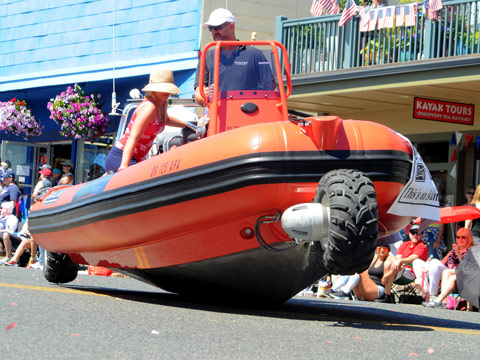