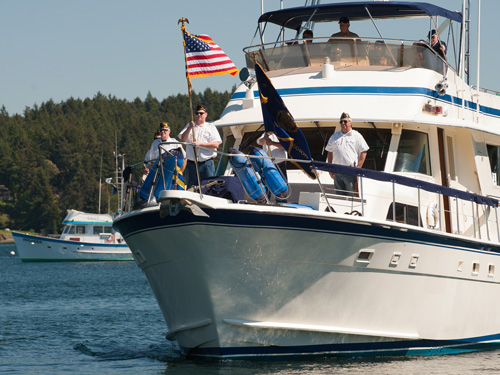 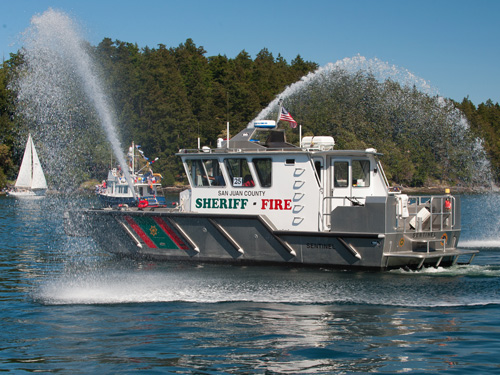 The Sheriff's fire boat Sentinel closed the parade with her water monitors spraying the harbor. Photos by Matt Pranger

Community boats competed in one of four categories; winning boats and their skippers are listed below:

The Parade Awards Ceremony and dinner was held at the San Juan Island Yacht Club, with a packed room, and was a grand ending for “A Community Afloat”.