Much has been made in the last few years of the “Humpback Comeback” in the Salish Sea, the return of North Pacific humpback whales (Megaptera novaeangliae) to these inland waters after once being extirpated by commercial whaling. Well, not only have they come back; they appear to be back with a vengeance. 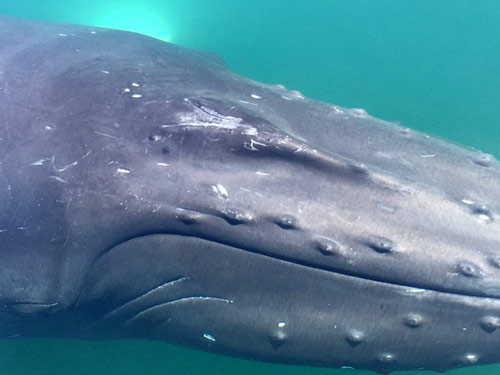 For the last several weeks, Pacific Whale Watch Association crews are reporting unprecedented numbers of these massive, acrobatic leviathans – not just frequent reports of two or three whales in any one spot, but now large groups of extremely active animals, as many as 15 or 20 together.

“It’s humpback heaven out there right now,” according to Michael Harris, Executive Director of Pacific Whale Watch Association (PWWA), representing 38 companies operating out of 21 ports in BC and Washington. “About 20 years ago or so, we never saw humpback whales out there. The last three or four years, our crews started to see them all the time. Now we’re seeing them congregate in these large groups, not unlike what you might see in Hawai’i or Alaska. One humpie after another, just an expanse of whales filling the seascape. They’re breaching like crazy, pec slapping, rolling at the surface, vocalizing, and most importantly, doing a lot of lunge feeding. They definitely seem to be finding plenty to eat, especially off Port Angeles and Victoria, and that may be a good sign.” 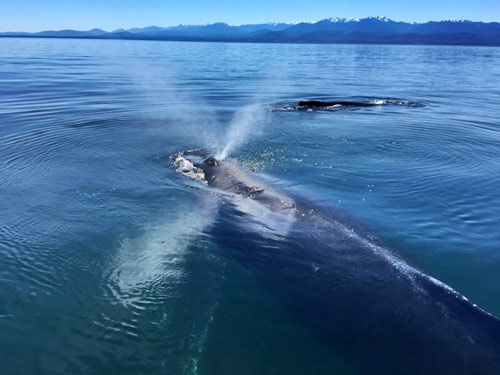 Of course that may not be so good for the rest of their vast ocean habitat. Rhonda Reidy, MSc., a 20-year naturalist, marine educator and captain for Prince of Whales Whale Watching in Victoria, will soon be initiating a PhD. study on the feeding ecology of these “Comeback Humpbacks” of the Salish Sea. She believes the recent boom in humpbacks here may be the result of overlapping events.

“First, as the population of humpback whales recovers to pre-whaling levels the population may be nearing the carrying capacity of the traditional northern feeding areas, with more whales exploring these southern habitats along their migration route,” said Reidy, who will be working with the University of Victoria on her study. “Second, their sudden increase may represent shifts in oceanographic and ecological conditions, affecting the local food chain." 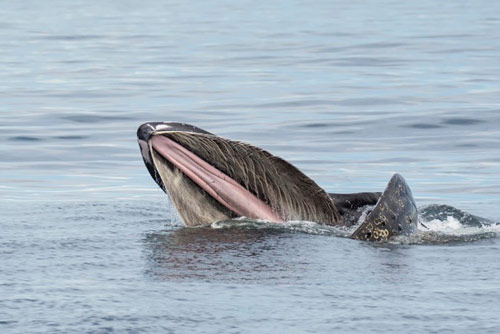 The notable absence of Southern Resident killer whales this year is likely a similar concurrent response to changes in this ecosystem, primarily in the distribution and availability of the orcas’ main food source, salmon.

Reidy’s PhD. study will focus on what these humpbacks are eating, as we really don’t know for sure — other than that they’re largely opportunistic foragers that feed on krill and small schooling fish, such as sardine, sand lance, anchovy and herring. “It’s a bit of a mystery what the regional diets of humpbacks are in BC and Washington waters and changes in these prey abundances. But the high degree of foraging flexibility may be why humpback whales are doing so well.” 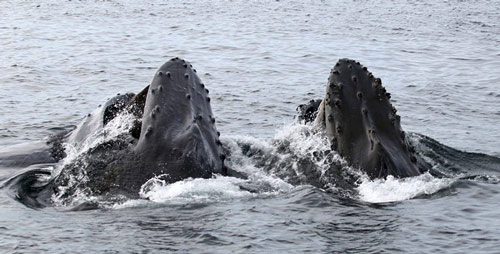 Regardless of the reason for this humpback heaven, it’s certainly providing extraordinary opportunities for researchers and whale watchers.

"In 20 years of running whale watch tours, I've never seen anything like what's happening right now in Port Angeles,” explained Capt. Shane Aggergaard of Port Angeles Whale Watch Company. “This is truly world-class whale watching. We've never seen so many humpback whales in the Central Straits and it shows no signs of stopping. I expect these sightings to continue well into the fall."

Each spring humpback whales migrate from Hawai’i, Mexico and Central America to Alaska. Once hunted out in local waters by commercial whalers, humpbacks continue to resurface in astonishing numbers here, increasingly taking an inside passage through local waterways as they head north in the spring, and then south in the fall. But once in the Salish Sea, they often make it an extended stay before rejoining the migration.

The resurgent humpbacks are giving environmentalists, researchers and marine mammal scientists an up-close look at an extraordinary conservation success story. Researchers believe there are more than 21,000 humpbacks now in the eastern North Pacific, up from about 1,600 when whale hunting was banned in 1966, and there are as many as 85,000 worldwide. In the spring of 2015, after a five-year review, NOAA Fisheries proposed to delist most populations of humpbacks, including the ones we see in these waters. Cascadia Research Collective in Olympia, WA estimates that about 1,600 humpback whales feed off the west coast of North America, including as many as 500 now off Washington and British Columbia. These animals usually visit from spring to fall before migrating in the winter to warm-water breeding and calving areas in Mexico, Central America and Hawaii.

Senior Biologist and Cascadia co-founder John Calambokidis has been studying humpbacks for over three decades. His team is currently preparing tag deployments that will provide more data on their movements and feeding. He agrees with Reidy that the Humpback Comeback and these recent large congregations in the Salish Sea are not just due to a population boom but may also reflect a shift in habitat.

“Humpback whales have made a dramatic return to the Salish Sea in recent years and especially this year,” explained Calambokidis, who collaborates closely with PWWA on keeping a catalog of incoming whales. “We’ve had lots of humpback whales offshore in past years and now more of them are coming into the inland waters. That’s probably due to the increased numbers overall likely resulting in expanded areas of use, but also something to do with prey availability, which at this point is harder to determine in detail.” 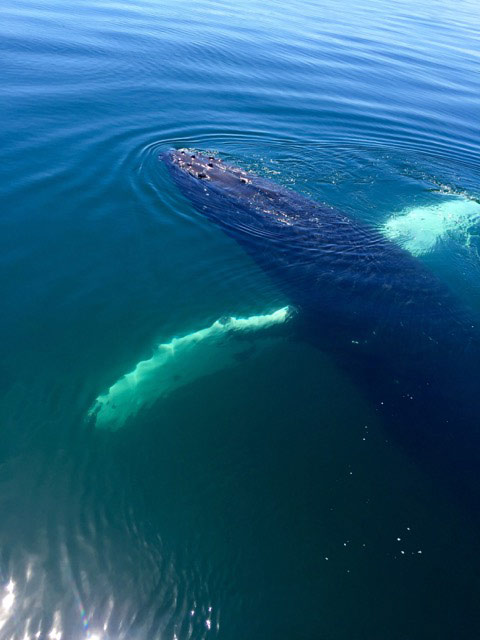 A Humpback whale spreads its wings as it surfaces off of Port Angeles  Photo by Jessica Rizzo aboard the Port Angeles Whale Watch Co. vessel Explorer 4