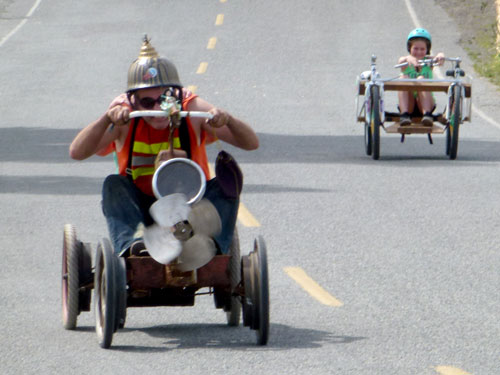 Kevin Roth lived up to his reputation and entered a quirky contraption complete with propeller - which wasn't motorized. 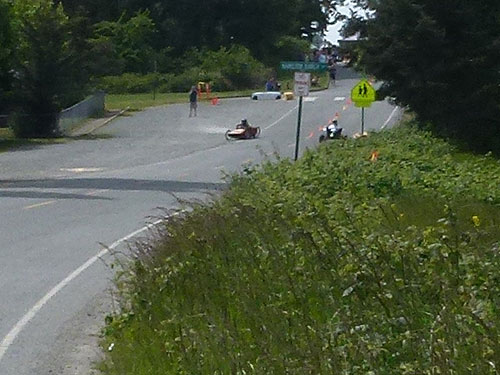 Casey Baisch after a couple of good runs had his car spin out due to a steering glitch.  He got plenty of advice on what to do differently next year. 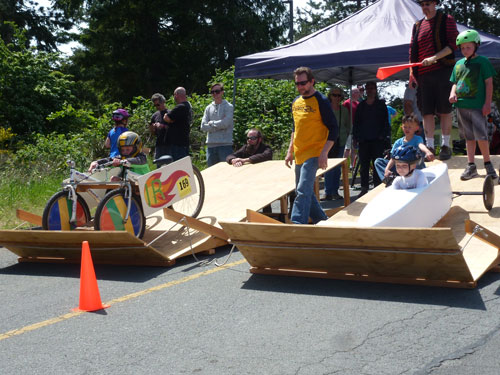 Emcee Scott Bell was kept busy making sure the track was clear before the wooden gate was dropped and the cars moved down the hill.

San Juan County Sheriff Ron Krebs measured the speed with a radar gun. Top speed was 23 miles per hour. Next year, he'll bring the radar trailer which has a screen showing the speed. 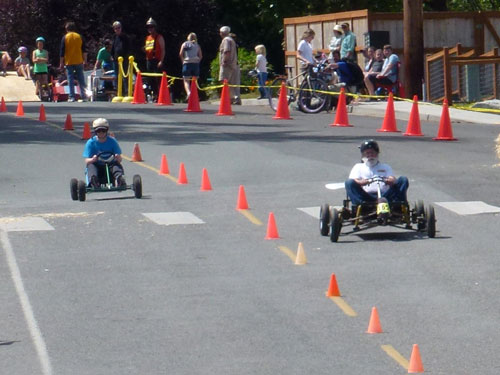 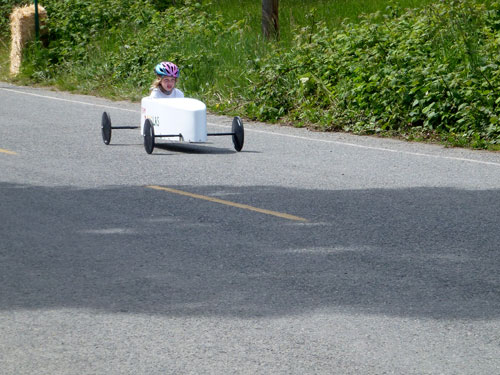 There was one derby entry made from an official kit. The driver racked up victories as she zipped across the finish line.

We'll post the winners this week after we get in touch with Island Rec staff.